I'm kinda amazed that this hasn't been posted yet, but construction hasn't officially started so I can understand why this isn't being talked about much lately.

Announced waaaaaaaaaaaaay back in 2009, Morey's Piers showcased to participants of Coastin' by the Ocean (a yearly ACE event in Wildwood) a new wooden coaster that they would be constructing for 2013. Well here and today you can see that it's obviously been delayed, but by the sounds of it from last year's CbtO it's going to be a 2015 addition. During the offseason the Morey's talked at length about how large of a project this is going to be, and why they have delayed the coaster for 2 years. The coaster would take 18 months to build, and the Morey's said that they'd come to a decision about it by the end of this summer (which isn't that far away and lines up with this year's Coastin by the Ocean event on August 17th).

Here's some pictures of what the coaster would look like, where it'd be, and a few other goodies thrown in. 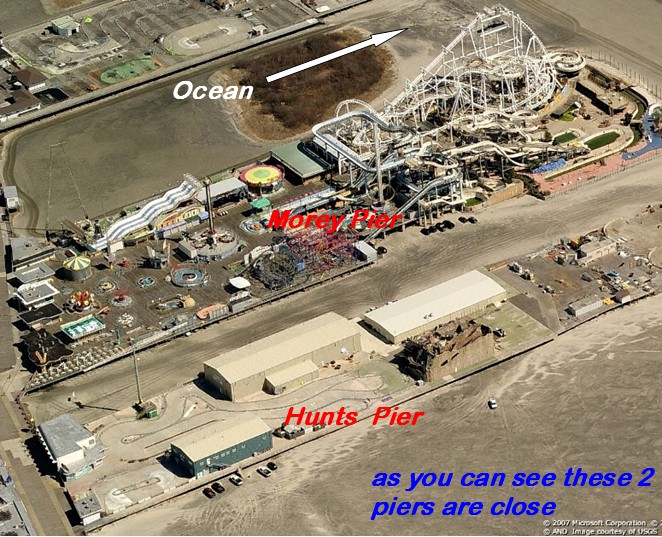 GCI layout from 2009, likely changed in some degree: 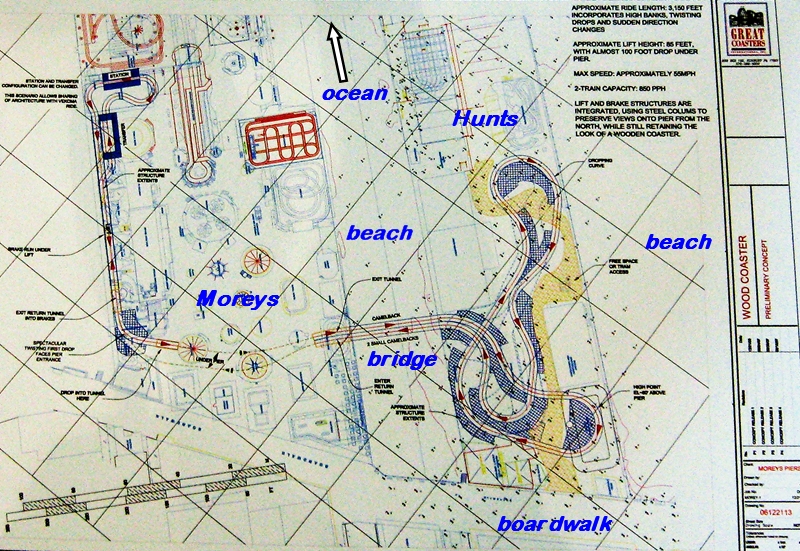 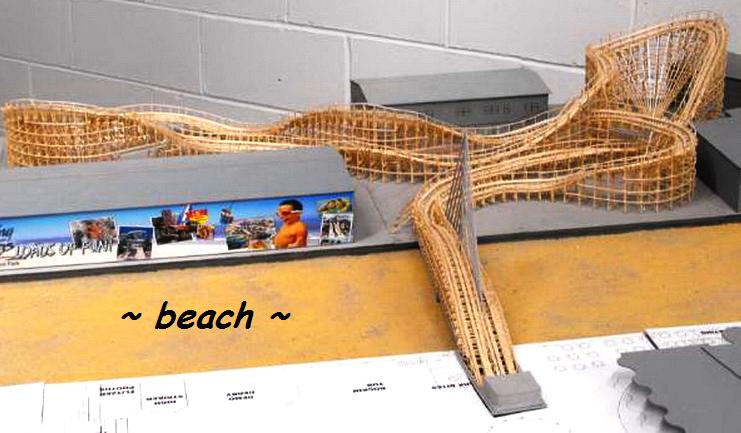 all images were taken by PcMan, and used with his permission.

EDIT: Forgot to mention that a few concept names that were kicked around by the Morey's brothers were the "WildWoody" and "The Boardwalk Flyer."
Reactions: Julia, Apollogeist, Hoopla and 1 other person
You must log in or register to reply here.
Share:
Facebook Twitter Reddit Email Share Link
Consider Donating to Hide This Ad