Kennywood is a weird park. Kennywood's latest announcements and rumors for the past couple of years have been even weirder.

Rumored to be one of the parks on RMC's list for 2018 to receive a major coaster as early as mid-2016, the facts and rumors have twisted to the point of reality being warped for the park and anyone following along with the discussions. In 2017, leaked images showed a proposed layout for a coaster occupying the hillside they purchased a few years prior. 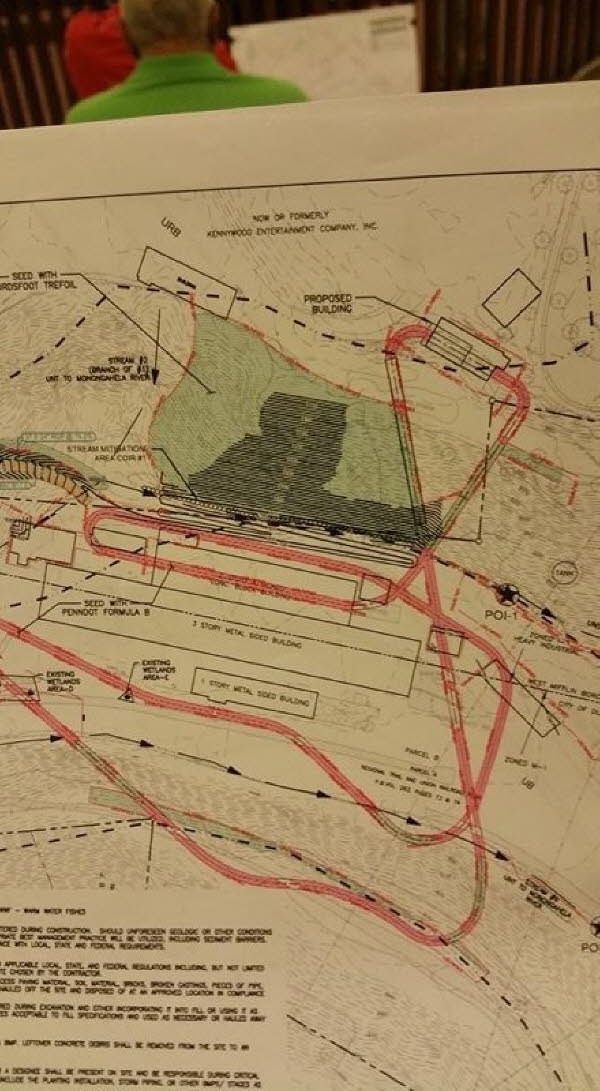 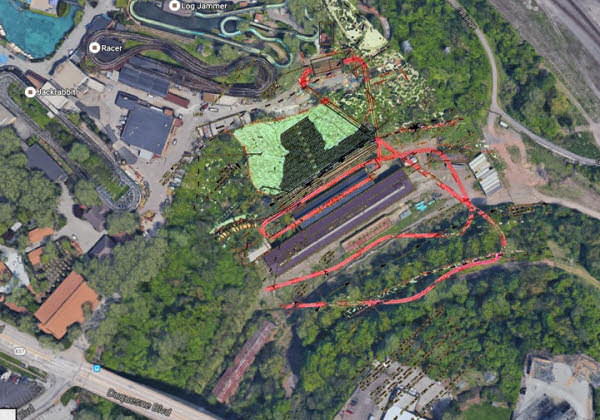 They also announced the removal of their famous Log Jammer, the only Log Flume left in the world with a gravity hill. As late 2017 rolled around, rumors surfaced that Kennywood would not be able to build the RMC in the proposed spot due to ground quality issues on the hillside. Another rumor followed around the same time that Kennywood couldn't afford an RMC addition, and instead was looking at other manufacturers with Premier being at the top of the list.

The rumor mill for their next addition has been a roller coaster ride in and of itself, and Kennywood is aware of how closely people have followed them. For their pre-season enthusiast tour, they teased ACE members with a power point slide stating "what's not next" pictured below:

Conveniently, they left out RMC's 4th offering of Topper Track. RMC does not advertise Topper Track as a "hybrid" coaster, and instead states they are wooden coasters. So RMC is still on the table, according to some. Also contrary to the rumors of the hillside being unusable, Kennywood is clearing land where the Log Jammer once stood in a similar spot to where the first proposed RMC layout was supposed to go on Instagram.

Kennywood has also previously stated they planned on bringing back the Turnpike, which was removed for the addition of Sky Rocket in 2009. So who knows where the next bit of rumors and facts will lead.
Last edited by a moderator: Jun 23, 2018
Reactions: John, Mushroom, Unagi and 2 others

May God help them if they're getting an RMC Raptor considering the amount of issues and problems going on with Wonder Woman at SFFT right now.

Unagi said:
May God help them if they're getting an RMC Raptor considering the amount of issues and problems going on with Wonder Woman at SFFT right now.
Click to expand...

I'm fairly certain that the issues with Wonder Woman are blown way out of proportion due to construction delaying the opening of the ride, especially because they were supposed to have an ACE event prior to the ride officially opening which has been delayed indefinitely. RMC in my opinion stretched themselves too thin with having to build 5 different rides in different parts of the country, especially since they recently expanded their factory to permit it. Either way Kennywood has listed a Raptor as one of the attractions they're not getting, same with T-Rex and Hybrid.
Reactions: wombat96, Zachary and Mushroom

b.mac said:
I'm fairly certain that the issues with Wonder Woman are blown way out of proportion due to construction delaying the opening of the ride, especially because they were supposed to have an ACE event prior to the ride officially opening which has been delayed indefinitely.
Click to expand...

Trust me, they're not. I know someone working on the ride and it's a hot mess!
Reactions: John, MAZ, Zimmy and 3 others 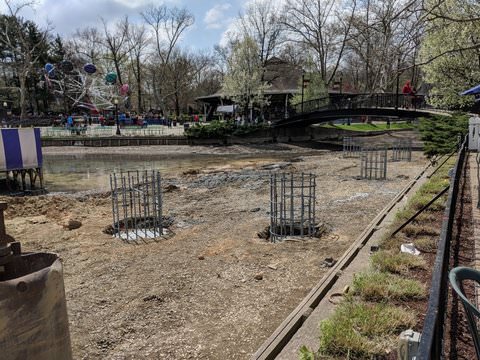 I don't know about you guys, but those footers seem awfully spaced out to be RMC.
Reactions: superfomi, Zachary, JohnKell and 1 other person

Don't freak out. I'm just as confused as you are.

These are the locations of all the footers and stakes that have been placed around the area so far this year, and they are color coded based on what the stakes say or the color of the marker flag.

My guess is anything that isn't blue is not super important to Project 2019. As they are likely telephone lines, sewer, electrical cable, and other infrastructure goodstuffs. Unless Kennywood is interested in making a Jaguar recreation, of course...
Reactions: Mushroom, wombat96 and Nicole

I don’t think I have ever seen the lagoon that low before. At least not during the regular season.

Wow I missed the boat over the past two weeks. Either way Kennywood is starting to tease the 2019 attraction by revealing a number every week up til announcement day in August. This week's number is 3.

Personally I think 197 is how tall the drop into the ravine is going to be while 3 will be how many inversions it has. Kennywood is not big on looping rides, as they only have 3 to my knowledge that bring riders upside down.
Reactions: CoasterAuditor, Zachary and Nicole

Kennywood went back-to-back days scratching off the number 24 and the number 220, respectively.

I have no idea what this entails.

Here is the current picture from the Project 412 site:

I was in kennywood yesterday. I didn’t see anything in the park with hints. I did get some pics of the construction site. But the pics are too large to upload. The lagoon has been filled in and the above footers are now in the water. I’d say only about 8inches or so is above the water line
Reactions: Zachary

Announcement coming tomorrow, all squares have been scratched off. This one is 4000, likely the track length.

They have a crossword puzzle and a competition going for the first 12 people to guess what all 9 numbers are for. The crossword contains a variety of words, here's a few I've seen.

The Steel Curtain has been announced... and holy shit it is insane.


In other news, I'm happy to report that Nicole and I both got our word search entries correct! Hopefully at least one of us was one of the first 12 to submit the right answer!
Last edited: Jul 19, 2018
Reactions: Mushroom, lightninlady, Nicole and 3 others
You must log in or register to reply here.
Share:
Facebook Twitter Reddit Email Share Link
Login or Register to Hide This Ad