In case you missed it over the weekend. ScreamScape broke the news that Six Flags Magic Mountain would not be reopening their Intamin ZacSpin Green Lantern: First Flight in 2019 and that the ride is being removed for future projects.

I know that there had been a lot of issues with this ride ever since its initial debut and from my understanding most of its issues were caused by SixFlags attempting to waterdown the intensity of the coaster. While this ride didn't stand the test of time, it did ultimately open the gateway for the S&S 4D Free Spin to make its way into nearly ever SixFlags park in recent years.

Did you ever get the opportunity to try this ride and what were your impressions of it? Gone too soon, or is it's removal deserved?
Reactions: Nicole and RollyCoaster

Scariest ride I've ever been on. And not in a good way.
Reactions: belsaas, Zimmy and Nicole
S

Left me seeing stars. Glad to have the credit, but also glad to see it leave.
?

Not this one but the one agrona lund. I prefer it to the a&s ones, both aren’t great though

So the big question: Who is buying/inheriting this thing?

From the Orange County Register.

Who ever inherits this thing I hope they run it at manufacturers specifications instead of trying to slow rolls and cause injuries.
Reactions: DECoasteyGuy, Eric, BGWnut and 2 others 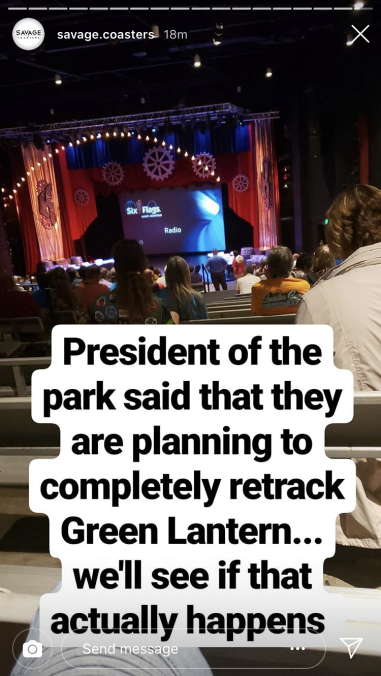 I... I don't even fucking know anymore.
Reactions: belsaas and Zachary

insane is better than free spins, don't @ me

This is what I originally thought was going to happen. Considering the weighting efforts they put into the ride vehicles and the general disfavor the ride had among guests and enthusiasts alike, I would've assumed the ride sitting SBNO for over 2 years being what is basically the death nell for the ride.

Maybe they'll replace it with a 4D Free Spin and pass it off as the same thing?

I think I'd enjoy watching a giant marble race more than this coaster
Reactions: b.mac

It can't be overstated how terrible this ride is. I'd rather ride the Zipper.

From the man who brought you "KD Launched B&M Flyer" and "Cedar Point is getting something MAJOR in 2020," we happily bring you: