Found in the First Aid building in the Wild Reserve: 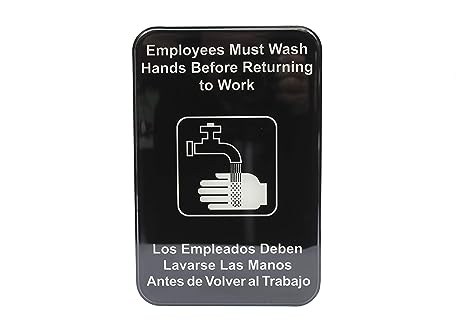 The key to Spanish translation is that every vowel is pronounced distinctly. A is pronounced with a very rounded sound; imagine isolating just the a sound in "bald." E has a fairly flat sound that almost sounds like the English letter a; it sounds like the e in "egg." I sounds almost exactly like the ee in "green." O sounds similar to the American o, but with a rounder sound; try isolating just the o sound in "gold." And while it doesn't appear on this sign, u sounds much like "oo" in English, but it comes from a deeper part of the mouth and throat; imagine Augustus Gloop from Willy Wanka saying his own last name and isolate that deeper, rounder "oo" sound.

Other than that, all the letters you see on this sign are pronounced roughly as they would be in English. There are some subtle nuances depending on dialect (the d almost sounds like a faint "th" sound, for example), but for the most part they are about the same. The one exception is j, which is pronounced like a very forceful English h. So, "trabajo" would sound like tra - BA - ho.

Each vowel is also pronounced individually and completely. For example, empleados ("employees") is pronounced em - ple - A - dos.

¡Felicidades! You are now a certified expert on the entire arsenal of Spanish-language signage at Busch Gardens Williamsburg. It really is incredible, the amount of painstaking detail BGW's cultural experts put into making us guests feel immersed in Spanish culture.
Last edited: Jun 24, 2020
Reactions: jornor, belsaas, Nicole and 2 others