Sea World San Diego is turning 50. Sea World Orlando turned 40 this year. Just thought I would add that in...
Reactions: Planeteer, Jesy, Zachary and 1 other person
B

It'll be interesting to see what they actually do at the parks with all the talks of cut backs and sales.
Reactions: Julia

All I could think of with that final frame was "A Sea of Surprise Budget Cuts!"
Reactions: Julia, b.mac, CastleOSullivan and 1 other person


Zachary said:
All I could think of with that final frame was "A Sea of Surprise Budget Cuts!"
Click to expand...

^^^ I saw that too! I thought it was a nice commercial.

So, I have seen the Sea of Surprises ad three times in the last two days, which says to me that they are trying to push the marketing, which is of course a good thing. What worries me though is that I have actually watched the ad and been to the site and I still don't have a firm idea of what they are doing for their 50th Anniversary. They reference stuff, but it feels as if there is no there there; as if it all words and no substance.

I'm sure I'll go, if for no other reason it is lasting 18 months and I get to Sea World at least once a year. But I really think that when you are competing with the opening of Diagon Alley, you should make more of an effort to explain your product.
Reactions: CastleOSullivan, Bill, netdvn and 3 others
P

I understand that this is a special item for Pass Members only. 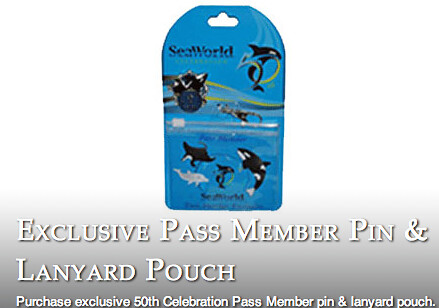 Is this going to be available all year long? I don't make it down there until the end of september. I might have to catch a cab over to seaworld.
P

I'm not sure I just happened to catch this on SeaWorld's Pass Member site in the slideshow thingy before you log in.

Listening to one of the theme park podcasts this morning on the way in to work (don't ask me which one), they were interviewing a few people from SWO about the new Penguin ride... Anyhow, they mentioned the 50th anniversary and the bulk of the focus has been and will be on Sea World San Diego.

I don't know what that means so take it for what it's worth.
Reactions: MAZ and Nicole