This is the discussion thread for Six Flags Great Adventure's 2013 announcements. So far there were rumors of Bizarro leaving (which got debunked) and talks of a 450 drop tower, which are also likely not happening. Great Adventure has 3 new additions to its complex for 2013 according to their facebook.

1) Overhauled Safari, now included as an attraction with normal park admission
2) New slide for Hurricane Harbor, the third in three years.
3) Rumored to be new shows sprinkled around the park to fill in the gaps leftover from canned shows this year, along with a possible refreshment of areas in the park (not 100% confirmed yet).
A

I knew they wouldnt take away bizzaro, thats a lot of peoples favorite there

Well the new themeing for the wild safari sounds great. The way it's described it looks like it will be going into the golden kingdom for that MUCH needed overhaul after the tigers and the kiddee area got closed down. Glad to see the petting zoo is making a return for 2013 on top of it!

In a smaller line the new Hurricane Harbor slide will be a mat racer but I'm unsure if it will be that rumored kracken slide or a generic slide.

Actually the new Wild Safari entrance will be from the opposite side of the Lone Star Arena compared to Bizarro, so you'll be entering closer to the Conestoga Wagon than anything else. 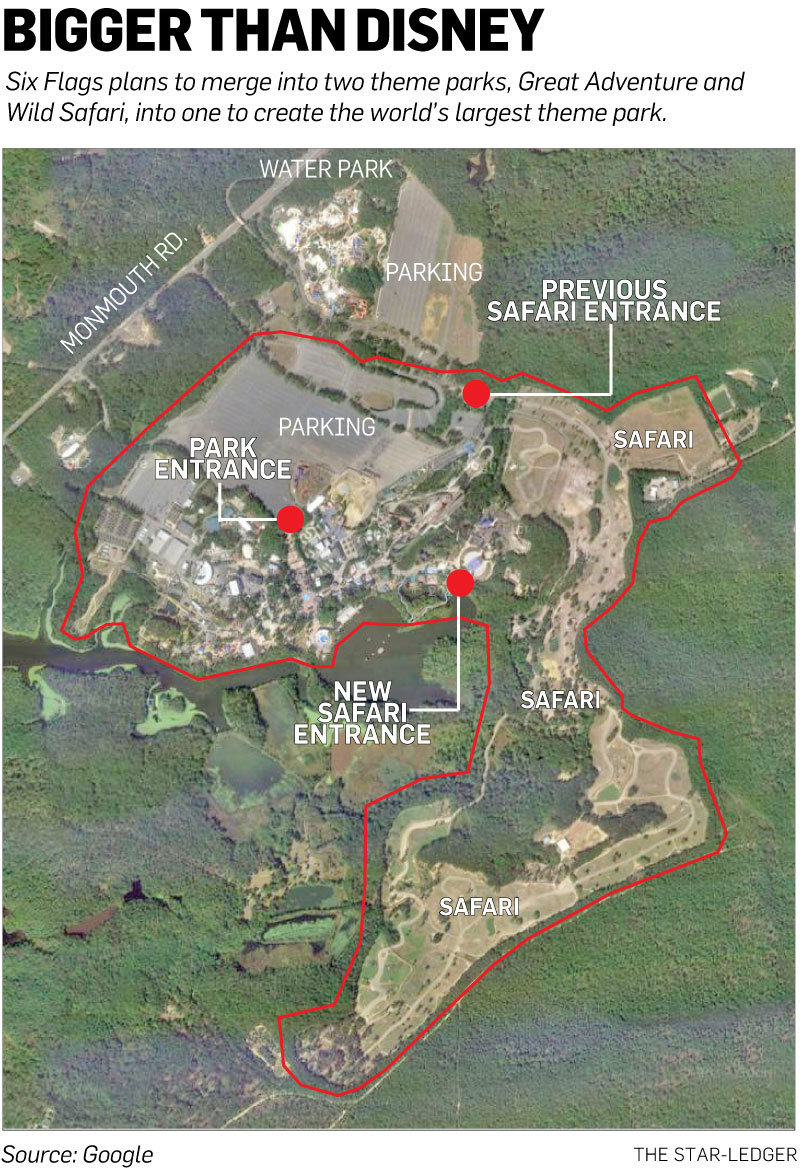 Great Adventure has shown via their calendar that they will be opening on March 23rd this year. They will also be open for the week of Spring Break the week after, making this year one of the few times in recent history they've opened this early.

No word on any progress with the Safari Zone overhaul project, it would be wise to assume the attraction will not be open with the park come late March, and will open around the traditional Memorial Day weekend like the many other rides in the park.
Reactions: Shane and Ben
You must log in or register to reply here.
Share:
Facebook Twitter Reddit Email Share Link
Consider Donating to Hide This Ad