New reporting shows that Kentucky Kingdom was likely planning to add a RMC Raptor for 2021 before the coronavirus hit. Hopefully it is still in the pipeline—even if it’s delayed a year?

It looks like Kentucky Kingdom had already begun planning their 2021 addition before the Coronavirus pandemic hit. We recently discovered height waivers filed by the park back in February for the addition of a 108ft tall roller coaster not-so-subtly named “Raptor”. As you can see on the document...

Damn, I’m gonna have to make the trip to KK someday. For a small independent park that’s risen from the ashes of bankruptcy, they’ve been doing so many things right.
Reactions: DECoasteyGuy, Zachary and wombat96

This is the PERFECT ride for KK. I was planning to go to this park if Holiwood Nights happens this year, but this may convince me to hold off.
Reactions: Zachary

This place is going to be like coaster enthusiast heaven in 10 years at this rate. I imagine they'd love to get a nice intamin up at some point.
Reactions: Dombot and wombat96 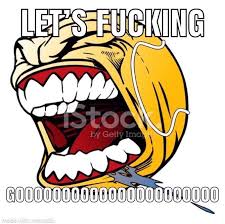 First, KK has the best social media of any park and it’s not close.

Second, I like the addition and it’s amazing to see a park that was closed 6 years ago doing this well, but this is not what I would have added. They will now have THREE coasters with crazy ejector. THREE. I get it’s a park that caters to enthusiasts with a lot of their additions, but if you don’t like crazy/borderline painful ejector airtime, this lineup doesn’t offer a lot. I would have gone with a premier launch coaster or a Gerstlauer eurofighter. They are missing both a launch coaster and a quality inversion focused coaster (excluding the dueling SLCs). With that said, congrats to Kentucky Kingdom on another savvy addition!
Reactions: Mushroom, Dombot and Zachary

If anyone is curious about where the Raptor may be going, it'll be placed between Storm Chaser, Eye of the Storm, and Thunder Run.

b.mac said:
If anyone is curious about where the Raptor may be going, it'll be placed between Storm Chaser, Eye of the Storm, and Thunder Run.
Click to expand...

I could be wrong but wouldn’t eye of the storm have to be relocated to make room?

DECoasteyGuy said:
I could be wrong but wouldn’t eye of the storm have to be relocated to make room?
Click to expand...

Nope, plenty of space for it to stay.
Reactions: DECoasteyGuy
W

Nothing says it’s a clone and Raptors are incredibly small footprints.

warfelg said:
Nothing says it’s a clone and Raptors are incredibly small footprints.
Click to expand...

Ummm not sure what you’re talking about, it’s a dueling SLC. Smh.
Reactions: Zachary

While true that it's not "confirmed", it's almost definitely going to be a Wonder Woman model based off the height markers listed on the permit:

Quick sketch I did:

(Heard someone say that they also own the land where Cross-Tech Parts is located, so no issue there.)

A Raptor model has always seemed like a no-brainer addition for this park. But at the same time, as @DECoasteyGuy said, having Lightning Run, Storm Chaser, and now THIS in the lineup... that's a powerhouse of insane airtime and if you don't like that, your choices of other coasters are two woodies that each have several airtime moments. May not be the best choice, but I personally can't complain.
Reactions: DECoasteyGuy, b.mac, Dombot and 1 other person
You must log in or register to reply here.
Share:
Facebook Twitter Reddit Email Share Link
Consider Donating to Hide This Ad