In March Six Flags Great America announced that they would be removing the Pictorium to make way for future expansion.


While it may be a little early for speculation, survey markers have shown up and there is some additional land clearing on the other side of the railroad tracks from where the Pictorium previously stood. Here's a sketch-up of the development area by Guywithastick from CoasterForce. 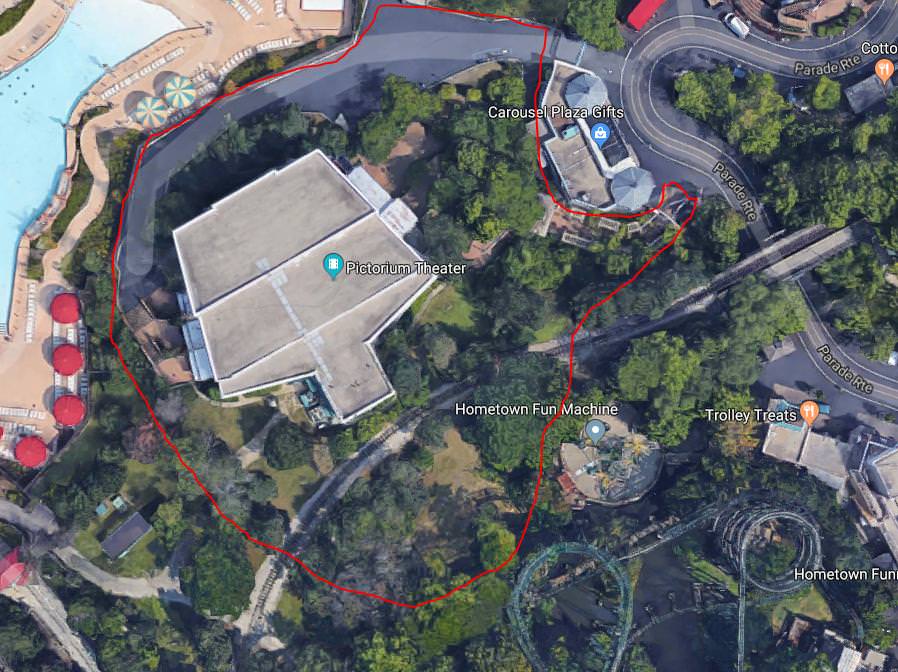