I want one of these Bob Ross plush dolls!

Unagi said:
I want one of these Bob Ross plush dolls!

So much for the 54" height requirement...
Reactions: Nicole and Le Moose
B

^^-- the water dummies probably don't meet the height either, nor the amputation restrictions.

RE: Hyper, Giga, etc., seems to me the most important part of these numbers is they push makers and parks to go that one step further. Maybe they should go a little further and actually meet the existing definition, but they are still pushed a bit. They also have to meet the speed expectations approximate to that class, which rules out historical mine trains and alpine coasters.
Reactions: Le Moose

bill s said:
They also have to meet the speed expectations approximate to that class, which rules out historical mine trains and alpine coasters.
Click to expand...

Why does that rule them out?
B

halfabee said:
Why does that rule them out?
Click to expand...

To my knowledge, elevation changes of 300' or more are quite typical for a alpine coaster. And yet when I tried to look that up right now, I couldn't find stats on elevation change for a single one of them. On that level, they're ruling themselves out.

The main reason for my point though, is if a "hyper" only has a 195 foot drop, it will be less than 1 mph slower than a 200' one. If the coaster only reaches 100' above the ground, it will still reach the same speed. If it had a 200' total elevation change but spread through the course so it only hit 50 MPH max., that is in a strong sense a smaller coaster. It could still be very interesting and I don't know why I've heard of no examples of anything like that with no on-car braking.
Last edited: May 6, 2021

Yeah, it's interesting that way... no matter where the line is drawn, there is always an example that blurs that line again.

Maunch Chunk Railway (may it RIP) fit basically all of the requirements to be considered a roller coaster. Not built to serve strictly as an amusement ride, but served as one from its very first run. Does that make it less than a roller coaster, or more than one? I'd say it was at least a roller coaster, which should qualify it for designations like hyper-, giga-, tera-. Its top speed, depending on which source one believes, was as high as 65 mph, though some claims suggested higher. We probably will never know what its fastest run truly was, as such stats were played fast and loose. Arguably it was braked below its achievable top speed on every single run, further complicating things. But with the more amazing claims tossed, it still approached, and perhaps achieved, hyper- territory for speed.

So I'm not sure about the speed aspect as a qualifier, since I've never seen that in the definitions -- save for the spirit of the thing, which seems impossible to incorporate into a tight definition anyway. I'd classify Maunch Chunk as whatever stupid nickname we will someday give to roller coasters with elevation changes of more than 600 feet -- exacoaster, presumably -- even though its top speed probably didn't quite reach that of a hypercoaster. That's just my opinion, but I really like the idea that it was the world's first and only exacoaster.

If it did top 70mph, though, even once, how would a speed-tied definition classify it? Exa-, but demoted to hyper- due to speed? Or exa- because the strict definition doesn't really consider speed? Or neither because the speed disqualifies it completely? Gaaaaah.

If someone could please force the issue by building a roller coaster that is basically a gently undulating full-circuit ramp 200+ feet tall and over a mile long, it would be greatly appreciated. I understand they tried this in the 1990s at Blackpool Pleasure Beach, but messed up when they made the very first undulation a bit too steep, so it didn't count.
Reactions: Nicole and RollyCoaster
W

I believe the answer with alpine coaster is much easier than y’all are making it:
They don’t have a lift or launch to get you to the peak height. Often you have to take a chair lift that’s part of the ski resort to the top, then you get on to go down.

BTW, alpine coasters not sucking depends on who’s in front of you. I was on one in Vermont and the person in front of me got so scared she kept using the brakes the entire time and was going like 5-10 mph. There were about 10 of us behind her. Just completely sucks when that happens.

Getting way off topic, I have been on a few alpine coasters with lifts.

Also, can confirm: frightened people in front of you suck.
Reactions: warfelg, Unagi and halfabee

Some local media coverage with these Ross plush dolls... 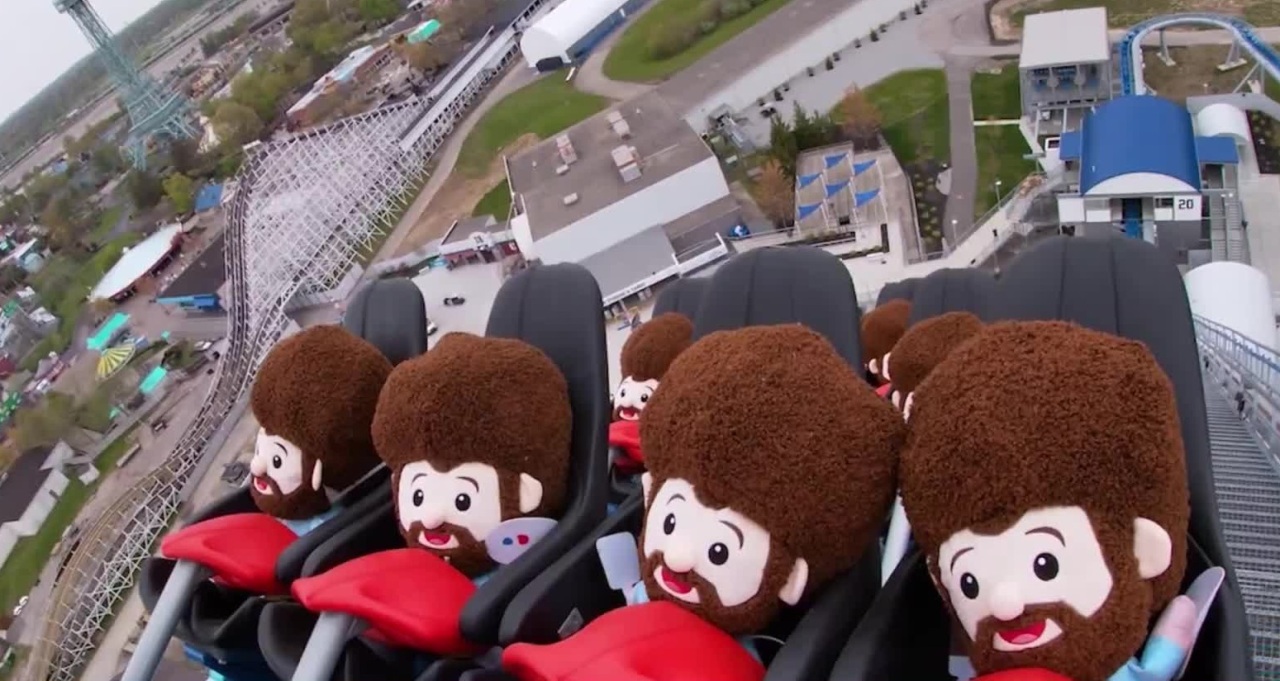 Kings Island near Cincinnati isn’t reopening to the public until May 15, but a few special guests already got to test out a roller coaster at the park.

Even though this was a non-issue, public perception hits keep coming

Visitors claim seats flew off the Orion at Kings Island, park said it was water weights

Rumors are circulating that Orion bumped last night (around the same time there was a stabbing at the campground). This picture seems to show a train at the bottom of the lift with a train rear ending it coming out of the station. I can't confirm anything about this picture though. Anyone have any additional info?

Honestly, it kind of looks like one big train, but that could be because of the blindingly bright light in the shot.
Reactions: Mwe BGW

Looks like another Block Zone violation to me. As a controls engineer, I wonder why a lot of these newer rides (2018 to now) seem to be having these issues. Especially at CF parks.
Reactions: CoasterTalkBob, AlpenChariot and Mwe BGW

This is going to sound like a crazy take, but I sorta feel like we need to normalize these low-speed bumps a bit—especially on modern rides with multi-move. Should it be avoided? For sure. That said, low-speed block violations between modern trains are minimal-risk scenarios. I'd much rather two trains occasionally bump at 2 or 3 miles per hour in a station than give up the capacity benefits of multi-move and/or having trains park directly behind the station block.
Reactions: AlpenChariot, Mwe BGW and bill s

The stabbing seems more concerning than the bump to me.
Reactions: DECoasterGuy, lightninlady, AlpenChariot and 2 others

Nicole said:
The stabbing seems more concerning than the bump to me.
Click to expand...

Indeed. But the stabbing is getting media coverage and whatever happens on rides Cedar Fair fights to obscure.

I did find a Reddit post that explains the op told everyone that just got in the train to edit back to the queue and then dispatched the empty train and then the train coming from the brake run came into and went right through the station with passengers on board. If this is the scenario that played out then it seems that the op knew something was wrong before the bump happened.

I agree with @Zachary that we should not treat low speed bumps like major accidents but, at the same time, that has to start with parks being a little more transparent. From other comments on the Reddit thread it seems like CF is threatening employees with immediate termination if they even mention that something happened -- that makes me feel like they have a lot to hide but, at the same time, keeps us from knowing what is truly serious and what is not.

Zachary said:
This is going to sound like a crazy take, but I sorta feel like we need to normalize these low-speed bumps a bit—especially on modern rides with multi-move. Should it be avoided? For sure. That said, low-speed block violations between modern trains are minimal-risk scenarios. I'd much rather two trains occasionally bump at 2 or 3 miles per hour in a station than give up the capacity benefits of multi-move and/or having trains park directly behind the station block.
Click to expand...

Certainly, but to me, it's a symptom of a bug in the program. The reason I have a problem with it is that people's safety is at hand and in my opinion, if it can happen at low speed, you need to make sure that it is not a problem at high speed. Statistically, we are most likely to see incidents around the station, as the trains spend most time near each other around the station. If this incident was caused by an overshoot, maintenance needs to determine how a train can overshoot and then run past the end of the shared block without triggering an estop. Just my opinion.
Reactions: CoasterTalkBob, AlpenChariot, I305Evan and 1 other person

We we sure that this type of thing results from a programming error and not just a mechanical friction break malfunction?
Reactions: Coasternerd and AlpenChariot

Zachary said:
We we sure that this type of thing results from a programming error and not just a mechanical friction break malfunction?
Click to expand...