You are using an out of date browser. It may not display this or other websites correctly.
You should upgrade or use an alternative browser.
Register or Login to Hide This Ad for Free!
G

Well I’ll be damned he’s right. Could this possibly be the newest rendition of that dedicated entertainment facility that was filed for a while back but eventually got scrapped? Considering that this is double the size, I don’t know what to expect. On top of that, south of the site puts it extremely close to backstage areas so could this be for general storage?

I don't see any details in that JCC link - would this be anywhere near the path of the proposed DS layout?
Reactions: warfelg
W

Pessimistic take - Oh great another dark ride that they can spend a bunch on and then neglect for years until they take it out.

Optimistic take - They want to put more than just DS back in the Festhaus Park area.

Honestly, I hope this is an events building and a sign that made they are ready to do something with DK and BfE spaces that will last. Because it would make no sense for them to keep DK/NK as an events space and this as an events building. Especially so close together. But, we have seen plans like this come and go so I wouldn't get too excited about it yet.
Reactions: SLC Headache, Mwe BGW and tursiops 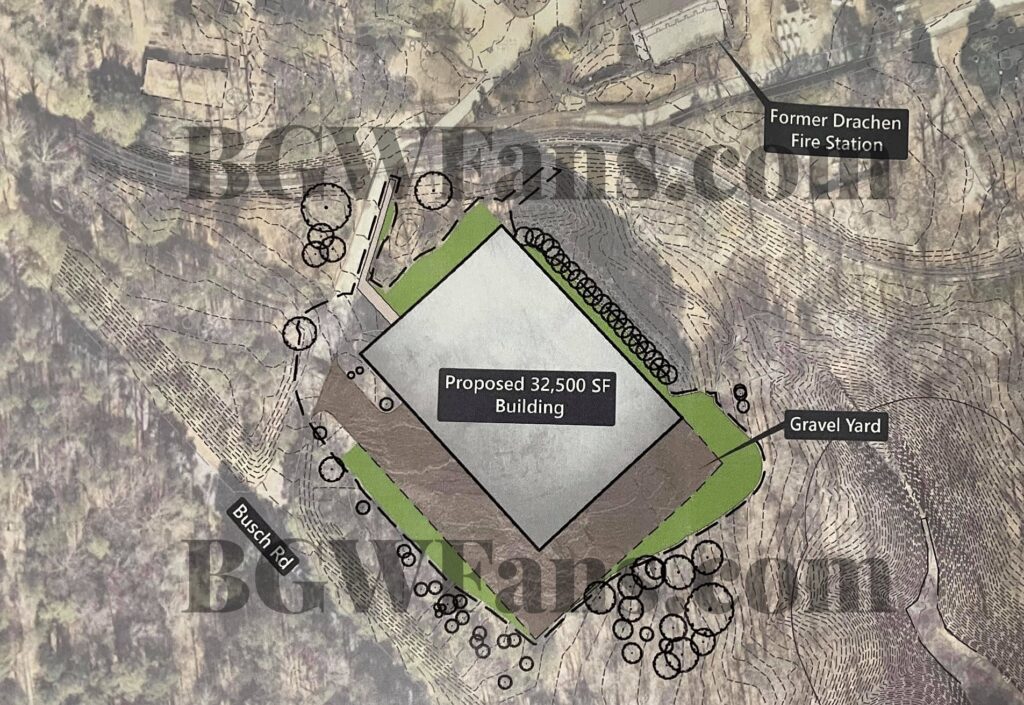 I know this article isn’t short and the title sounds like a snooze-fest. Give it a shot though. I assure you, there’s something for everyone in here. Howl-O-Scream? Project Madrid? Pantheon & Drachen Spire? This piece has it all. Part I: Background Busch Gardens Williamsburg has morphed a lot...


I've been tracking this project behind the scenes for a while now and was actually at JCC's offices yesterday afternoon for this filing. The county currently doesn't have any additional documentation and everything I know about the project is sourced privately. With that in mind, I still don't want to say too much until we get our hands on the final plans for the structure.

Basically though: It's a BIG new backstage building. Think primarily offices and storage. Sources have been a little vague on whether or not some will also be used for event space, but hopefully that will be a little more clear in the plans when we get 'em.

My understanding is that this is one of the biggest investments yet in SEAS' attempt to end off-site leases on storage space and the like. This is something they've made mention of wanting to do in an earnings call or two lately—and this is a BIG step in that direction. Much like the new SEAS headquarters on SeaWorld Orlando property, this is seen as a long-term investment to limit operating costs down the line.

I know this sounds like a pretty lame project, but in truth, it's going to be a big deal for BGW. This space has been desperately needed for a long time now and, even more interestingly, it may open up some previously used land for other things...?

Anyway, we're pounding the pavement hard trying to get our hands on the documents behind the stub you see online. Look for a main site post ASAP when we do. Sorta sucks that the news had to break this way, but that's just how the cookie crumbles sometimes I guess.
Last edited: May 29, 2021
Reactions: Coasternerd, deacfan31, Dave / Pink and 12 others
W

I'm actually VERY happy that they are getting something like this. Makes way too much sense, but man I got so many questions about this but I'll wait for the actual article to drop.
Reactions: Coasternerd and tursiops

is this going where the boneyard currently is?

panopticon31 said:
is this going where the boneyard currently is?
Click to expand...

My understanding is that it will be in this area.

this is actually fairly interesting.
Reactions: Coasternerd and Mwe BGW

Busch Gardens hasn't even opened Pantheon and they are moving to their new office building/ride probably?!?!@

BGW doesn't care about its fans. I have lost all faith in this company—and will burn my Carl Lum altar. This is garbage.
Reactions: Coasternerd, Mwe BGW, DECoasterGuy and 8 others

belsaas said:
Busch Gardens hasn't even opened Pantheon and they are moving to their new office building/ride probably?!?!@

BGW doesn't care about its fans. I have lost all faith in this company—and will burn my Carl Lum altar. This is garbage.
Click to expand...

I can tell it's got you feeling blue.

Carl Lum Blue, to be exact.
Reactions: Coasternerd, Alf33, Mwe BGW and 6 others

On a simple level, it seems like this would make switching out for seasonal events a more efficient process, so it makes sense as an investment.
Reactions: S23X and tursiops
W

To be honest I never understood places that didn’t have the park offices on site. One, makes them more intune with what’s going on in the park. But two, it encourages them to get out into the park more.
Reactions: Coasternerd and Alf33
T

Whatever it ends up being I just hope it's themed to fit in since it will most likely be visible from the train at the very least. Another pretty building would add to the overall aesthetic. This would remove another frequently mentioned hotel location, while perhaps opening up the current office area for future development.
Reactions: Coasternerd

Zachary said:
I know this sounds like a pretty lame project, but in truth, it's going to be a big deal for BGW. This space has been desperately needed for a long time now and, even more interestingly, it may open up some previously used land for other things...?
Click to expand...

That last bit is what came to my mind from a guest standpoint. Will this plan consolidate some existing on-site locations into the current boneyard?

Might open up some possibilities...
Reactions: Coasternerd, panopticon31 and tursiops

belsaas said:
Busch Gardens hasn't even opened Pantheon and they are moving to their new office building/ride probably?!?!@

BGW doesn't care about its fans. I have lost all faith in this company—and will burn my Carl Lum altar. This is garbage.
Click to expand...

How dare they not open their large toy I am obsessed with and focus on important business matters relating to the administration of their theme park!

So just a thought BGW has storage over by the over flow lots. The old strip mall next to the overflow lots has been demolished. Could the warehouse storage over there being going and an explanation both to that site and the old mall site becoming to allow for the Sesame expansion into the France lot that was talked about a few years ago?

The Village Shops site was sold. It's becoming a nursing home if I remember correctly.
Reactions: deacfan31, VikingvadR, Mwe BGW and 3 others