The first piece I'd like to show off is pretty well known, but still super cool and impressive as a piece of park merch. 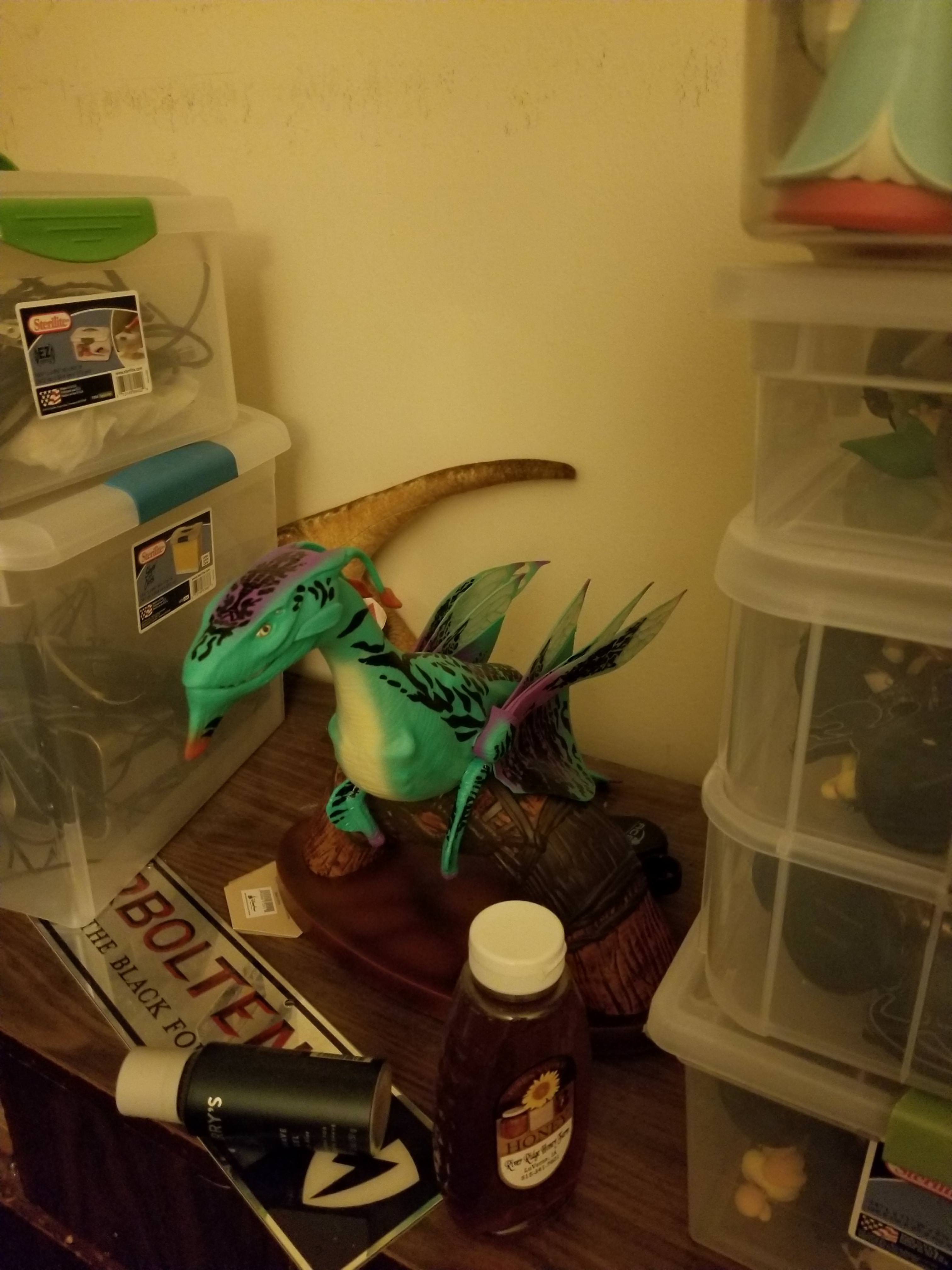 Her name is Ness and her favorite food is lazy site admins who's name starts with "Z".

The next piece is from BGT and is pays homage to the almighty Snake King. 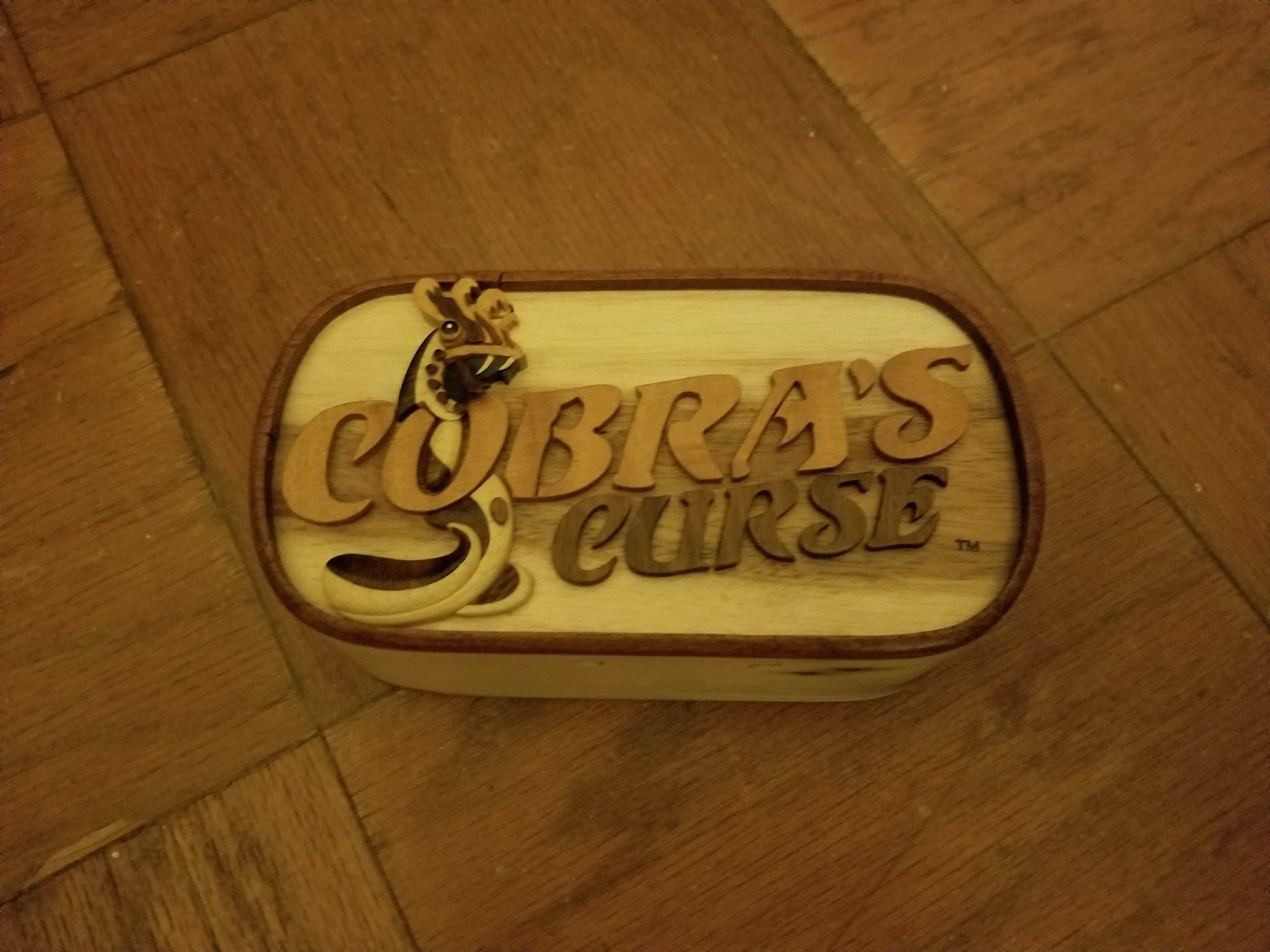 It's a wooden puzzle box.  Below is how it's opened.

I have some more, but I'll post them later. Let's show off how parks suck your money from you.
Reactions: Zachary, Eric, Merboy and 3 others

Let's try to get this started up again. You all disappointed me with this thread before.

Brace yourself some mega weeb shit.

So I haven't been to these parks but I have some Japan parks merch.

So this is the Cutie Universal Moon Rod, and it was last year's special item at USJ for their Cool Japan event. (They pick different series and have attractions based on them.) I've also got some items from this year's event too but I won't have them until next month. The wand lights up, and interacts with show (4D).

Japan also has a lot of collaboration events with various anime and games, I also managed to get two of the Fuji-Q collab items from last year

This is the Love Live Sunshine one. Each girl was a representative of a ride I got Yoshiko Tsushima, who was the representative of "Eejanaika" (roughly translates to "isn't it great") a 4th Dimension Hypercoaster - yes I googled it.

The other Fuji-Q collab items is from Bang Dream! Girls Band Party.

No real details on the collab efforts with this, but I got Ako Udagawa who is a member of the band Roselia, and all the Roselia members were on Fuji-Q's drop tower, Red Tower.

Thank u for coming to my weeb corner.
Last edited: May 19, 2019
Reactions: Gavin, Eric, belsaas and 3 others

I went to the preview center mere weeks before opening and got this pin. Never actually went to Hard Rock Park as once I returned it was in the transition phase to Freestyle Park and then the park sat abandoned. Such a bummer to see such a unique park in the US close so fast.

That park was fantastic, I loved it. Had some of the most unique and interesting attractions I had ever experienced.
Reactions: wombat96, Eric and Zachary

Got this 1991 poster from ET Adventure a little while back.(and immediately framed it)

I'm proud to be the first person to post about having bought furniture at a theme park...

I got this awesome, hand-made, imported-from-Africa bench from Busch Gardens Tampa a few years back.

It was actually being used as a display piece when I bought it, but they sold it to me anyway—with my pass discount and everything.

Hilariously, they couldn't offer package pickup for it so I had to go back to the gift shop at the end of the night and literally carry this heavy, wooden, roughly-three-foot-wide bench all the way through the park and out to my car. It was well worth the effort and "WTF??" looks though.

I have got some really awesome and unique things from BGT. On our last visit they didn't seem to have nearly as much imported African items and what they did have was more high end items.
Reactions: Nicole and Zachary
?

Zachary said:
I'm proud to be the first person to post about having bought furniture at a theme park...

I got this awesome, hand-made, imported-from-Africa bench from Busch Gardens Tampa a few years back.

It was actually being used as a display piece when I bought it, but they sold it to me anyway—with my pass discount and everything.

Hilariously, they couldn't offer package pickup for it so I had to go back to the gift shop at the end of the night and literally carry this heavy, wooden, roughly-three-foot-wide bench all the way through the park and out to my car. It was well worth the effort and "WTF??" looks though.

What’s the ballpark figure on a bench?

sunchild said:
What’s the ballpark figure on a bench?
Click to expand...

@Zachary I had a similar experience getting this (not as big) dog food stand:

Got it at Christmastown 2 years ago. I’ve contemplated painting it at times but I like the natural look.

Aside: taller dogs should feed out of elevated bowls. Helps them swallow easier and not as much water splashing.
Reactions: BGWnut, Eric and Zachary

The same hold true for cats especially as the get older.
Reactions: warfelg

Zimmy said:
The same hold true for cats especially as the get older.
Click to expand...

Can confirm, one of my cats loves the dog bowls.
Reactions: warfelg
W

Zimmy said:
The same hold true for cats especially as the get older.
Click to expand...

We started this with our Irish Setter/Saluki mix. A vet told us how it helps straighten the esophagus and easier to swallow. Smaller dogs/cats don’t have the same issue.

Anyways keeping this with theme park perch. It’s at the wood carving station. Various sizes and finishes. Aside from my Frank off MiB ride, it’s the favorite thing I’ve ever got at a park.
Reactions: Zachary

Cracks knuckles, are y'all ready for things I'm excited about, but nobody else wants to see? It's time for more Universal Japan Sailor Moon merch.

So this is everything I bought this time. I spent an absurd amount of money buying through a proxy service but my god it was worth it.

This was actually the last thing I ordered and I got lucky that they bought a few extra to have as in stock items, as I missed out on the preorder.

But it's the Rainbow Moon Chalice, and in series this is the item that allows Sailor Moon to transform into Super Sailor Moon, but for the event they made it a cup, and I just. I never buy like souvenir cups from anywhere anymore, but this was too good to pass up. So the straw at the top is rubber and can fold down to fit inside the top. It's a very shallow cup but honestly I doubt I'm gonna actually drink from it. This is all for the novelty.

This is Universal Heart Compact, and it's the attraction item. So with batteries (AAA) it'll light up and interacts with the 4D show, much like the wand did last year. The difference being this year's item lights up with all 10 senshi's colors versus last year's which only had the five colors of the inner senshi. (For those unaware the inners are Moon, Mercury, Mars, Jupiter and Venus. The rest are considered outers plus Chibimoon.)

This is prolly my favorite item out of everything I bought, followed closely by the Chalice. But this is Luna P and she is a snack container. Last year they had these too, however they we're exclusive to those who purchased Express passes, and we're significantly smaller. I believe they came with small hard candy, but I'm not sure as I didn't get last year's. This year's is A LOT BIGGER and came with some marshmallow candies and cookies.

Starting from the left, there's the Chibimoon marshmallow candies, which are strawberry marshmallow with a chocolate inside. The strawberry marshmallow is really good, I don't like chocolate so I can't speak much on it but it's really light and fluffy. Like the stuff you find in a 3 musketeers. Next is the Luna P cookies, these are like a sugar covered shortbread cookie, like the ones you find in those cookie tins at Christmas. They're plain flavored and are really good. The last are the Prism Heart Compact ones and they're the same type of cookie but they're supposed to be strawberry flavored. I didn't taste any strawberry so it was disappointing, but they're still really good. (And before anyone asks, yes the whole thing was sealed before I tried anything. And this just opened up so everything is well within date)

The last thing I got were just plush keychains. I only want Chibimoon, and my friend was willing to split it with me. There's nothing too fancy about these. They're a large keychain plush and they ugly but cute and I like them and that's what matters.

Anyways thank you for reading or just ignoring my rambling. I'm very excited to own all of this useless merch that means so much to me. Japan parks have some of the best merchandise out there and I'm so thankful Sailor Moon got to come back to this year's Cool Japan event.

(Also fun fact for anybody interested in USJ, USJ also holds the rights to use Snoopy and Sesame Street inside it's park. And I think that's neat)
Reactions: Ice, belsaas, Zachary and 3 others