This rumor has been making its rounds through Six Flags for quite a few years, and Texas Thrill Seekers seems to be the first public personality to talk about it.

The funny thing is that Six Flags over Texas, Six Flags over Georgia, and Six Flags St. Louis are not currently owned by Six Flags themselves, and are still owned by Time Warner. As apart of a buyback agreement from the 1990s, Six Flags (at the time Premier Parks) agreed to pay Time Warner a portion of those three park's revenues to buy back the parks. As apart of the agreement, SFoT, SFStL, and SFoG are required to have a certain minimum amount of investment from Six Flags as apart of the operations buy back agreement, and Time Warner regularly audits all three parks to ensure Six Flags is holding up their end of the deal. The buyout is supposed to be complete sometime in the early 2020s, I believe around the time this rumored buyout from Herschend is supposed to happen.

As to the buyout rumors themselves, I don't know much about which parks are exactly involved. So while Herschend could buy SFoT, they don't necessarily have to buy SFoG or SFStL.

EDIT: I should remind all of you to take this with a pile of salt the size of Kingda Ka.
Last edited: Apr 25, 2019
Reactions: jornor, Zimmy, Unagi and 5 others

So does that mean those 3 could actually spin off and become independent?

Zimmy said:
So does that mean those 3 could actually spin off and become independent?
Click to expand...

It does not. As the parks are in the purchase agreement between Six Flags and Time Warner. When the agreement is done and fully paid off Six Flags will fully acquire the properties without having to answer to the original investors, Time Warner, or Zarbon the Incorrigible.

What this stated "rumor" misses is the detail that until that agreement is satisfied, any negotiations about acquiring any of those properties requires Time Warner to be present.
Reactions: Zimmy

And SEAS was valuing the Busch parks and their neighboring water parks for $1.1 billion.

I understand some of the Six Flags parks make some serious money but I have a hard time believing any 3 parks in the chain combined breaks $2 billion.
Reactions: BGWnut, Ziva, Zimmy and 1 other person

Apparently discussions are happening but nothing to seriously look into or discuss about. Herschend has been tossing offers at Six Flags and SEAS for almost 10 years now seeing if either company will bite and in all honesty I think the discussions are just a "Plan B" in case anything goes wrong. They obviously have not been offering the $5 billion price tag that has been tossed around.

Texas Thrill Seekers (and a bunch of people both supporting and contradicting the leak) have quite a few details out of place about it but have also somehow nailed other ones, this of course was before they went from double to quadruple downing in a response to completely retracting the rumor. 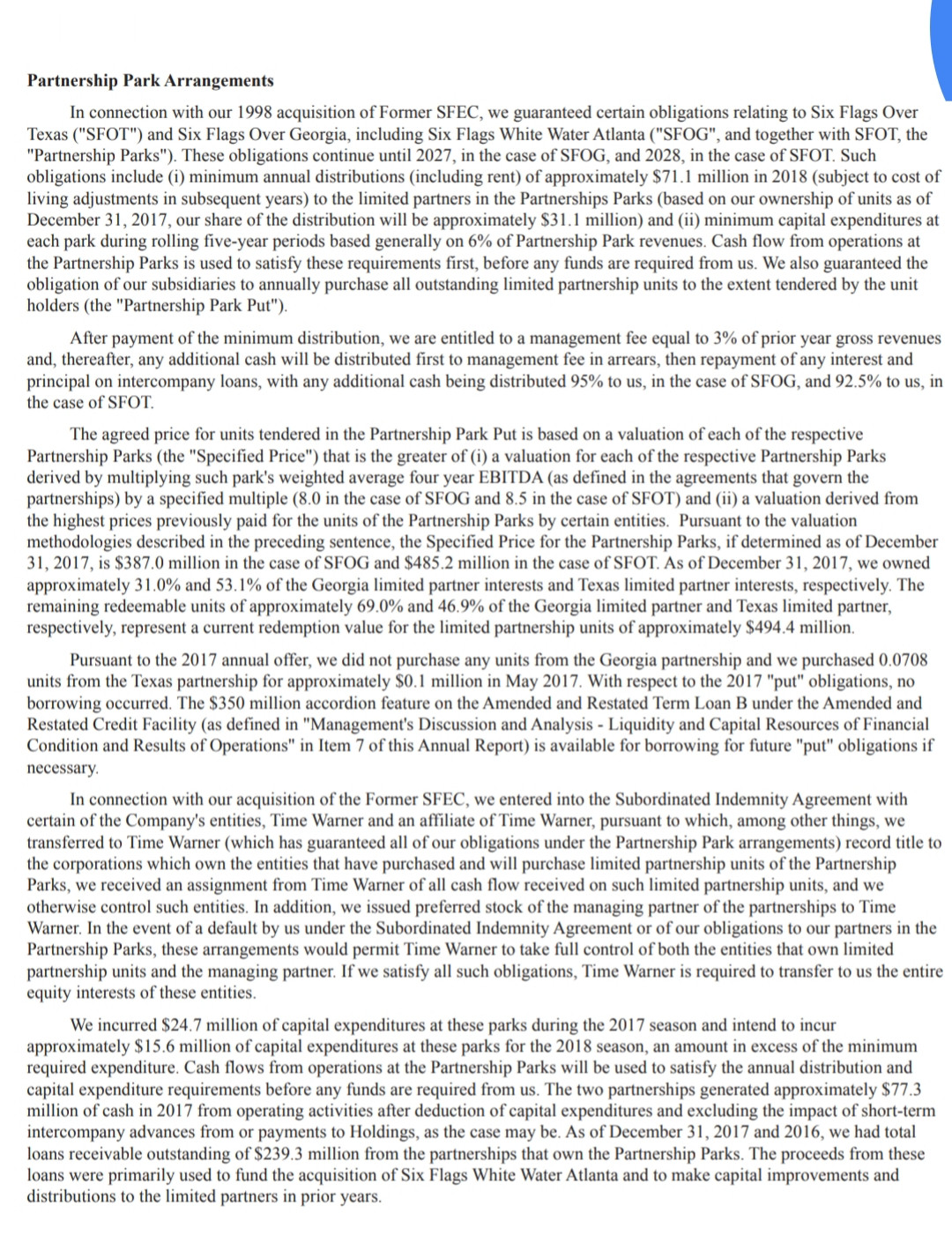 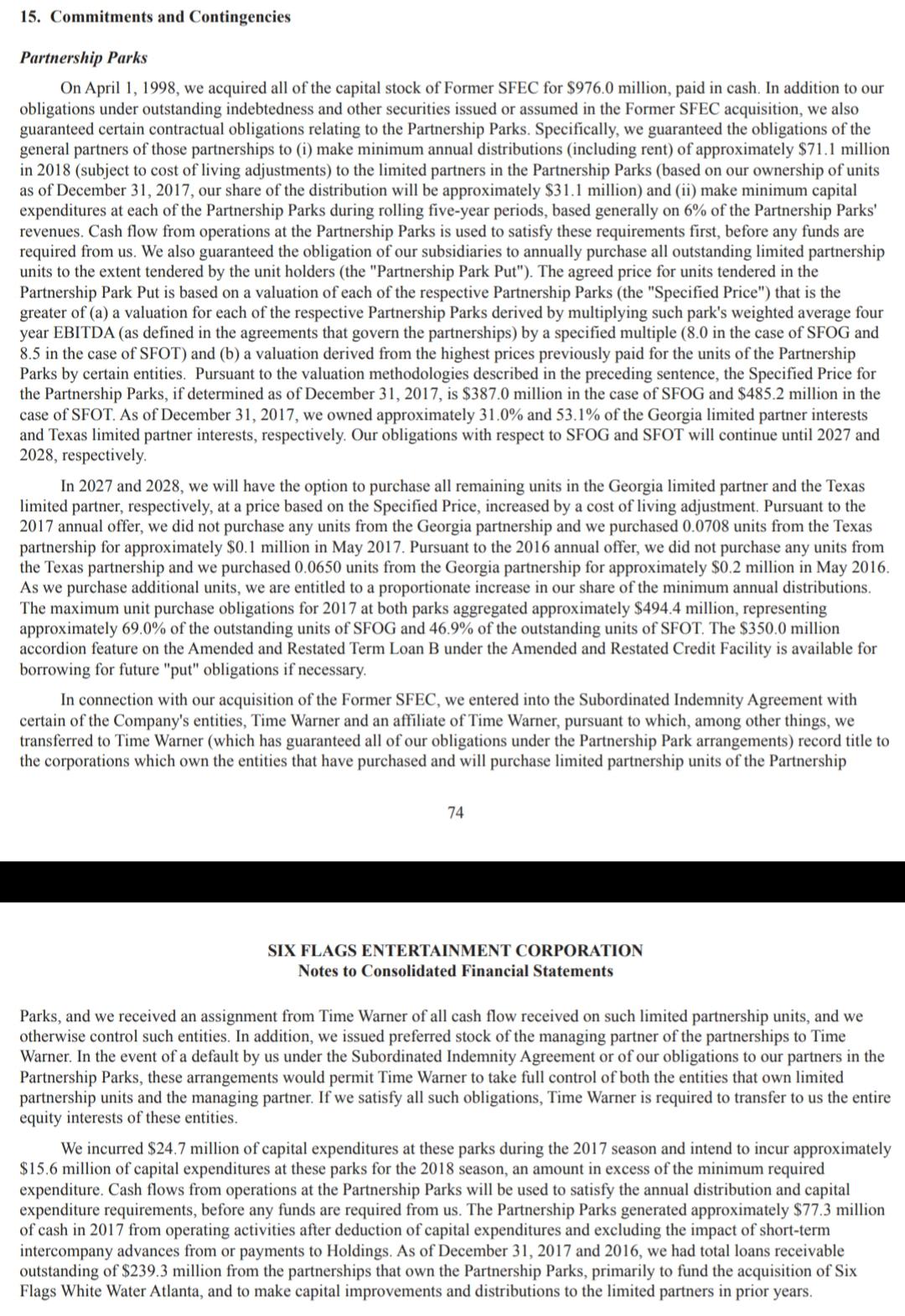 Herschend things the only reason SF is investing in those 3 parks is due to the agreement, and Time Warner isn't making as much money off of it as they want. So they jump in there with the idea of buying the parks, and doing it early means that TW can get one more payout from these parks, and SF doesn't need to invest in them.

But I have heard for years that they have asked about parks including: BGW, BGT, HP, Lake Compounce, Knotts pre-CF, Kennywood.

I do think that Herschend is ready to expand some and starting to move out. I think that they are good for the business because they have the same attention to detail and theme elements that AB/Inbev once had in their parks.
Reactions: RollyCoaster and BGWnut

This really would explain the on again off again acquisition rumors of SEAS by Herschend. It doesn't surprise me that every couple of years they toss a figure to competitors and see if they are interested, then nothing comes of it.

Blooloop thinks the rumors are false.

Shane said:
This really would explain the on again off again acquisition rumors of SEAS by Herschend. It doesn't surprise me that every couple of years they toss a figure to competitors and see if they are interested, then nothing comes of it.
Click to expand...

Mostly because SEAS is that non-savvy selling on Craigslist stating "No lowballers, I know what I got."

Which really, they kinda do.
Reactions: Shane

Lance Hart has wrote that article, and he for one has sworn up and down through "his own sources" that Kings Dominion was getting a launched B&M Flyer.

As I've said, the odds of this rumor coming true are slim. The facts are there (well, in this thread), though.