What a horrible, horrible year for theme parks.

10:26 P.M. - An incident occurred this evening, September 5, at Glenwood Caverns Adventure Park on the Haunted Mine Drop ride that resulted in a fatality. Authorities and emergency personnel have been dispatched and an investigation is in progress. Out of respect and concern for all parties involved, we will not have further comment until all details have been confirmed. Our thoughts and prayers go out to all involved.

Was that ride made in house?

According to the website the ride is a result of S&S. Someone in the comments in the Instagram post about the fatality said that it's rumored to be a 5 year old. There's no proof for that so I wouldn't fully believe it. The rides website says that it has a 46 inch height requirement. That's low enough for some five year olds so nothing sounds too out of the ordinary yet.
Reactions: Mwe BGW

Virtually every park has a waiver, most just use implied consent instead of having you sign something physically.
Reactions: belsaas, Le Moose, Brambo and 1 other person

Also just cause there’s a waiver doesnt preclude that the park could be on the hook. Waivers are only good to inform guests that there may be some inherent risk in an activity to keep them from suing for stupid reasons. In a case like this, something had to have gone quite wrong and i doubt any kind of waiver would cover the park on this.
Reactions: AlpenChariot, Le Moose and Mwe BGW

Also the main reason why the park makes you sign a waiver is because you need to ride a ski-lift gondola to get to the actual park. It's easier for them with the limited attendance they do get to just have everyone sign off on that before they hitch the gondola to the top.

Guess it really is haunted now...

A 6-year-old Colorado Springs girl plunged more than 100 feet to her death at Glenwood Caverns Adventure Park over Labor Day weekend because operators of the vertical drop thrill ride she was on did not properly check her seatbelts, according to a state investigation into the fatality.
Click to expand...

An alarm system warned of a problem, but the two workers weren’t trained well enough to know what to do about it, so one of them reset the system and sent the ride on its way, investigators with the Colorado Department of Labor and Employment’s division of oil and public safety found.
Click to expand... 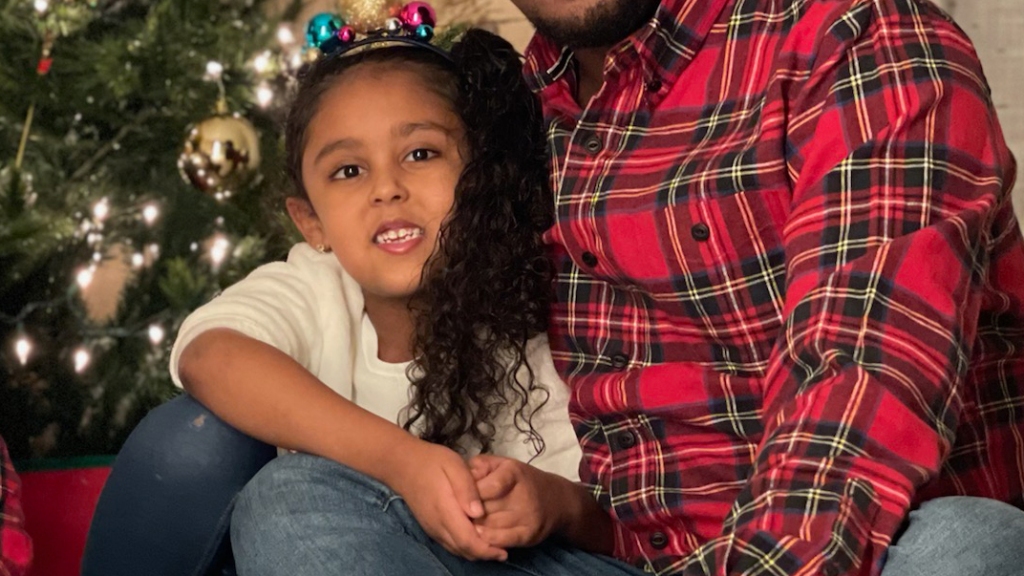 Double posting to point out that people should read that whole article. The failures here run all the way up the chain—park management, the ride manufacturer, the third party amusement ride inspector service, everyone. Absolutely abominable.
Reactions: Nicole

Zachary said:
Double posting to point out that people should read that whole article. The failures here run all the way up the chain—park management, the ride manufacturer, the third party amusement ride inspector service, everyone. Absolutely abominable.
Click to expand...

There should be no possible way to override a safety issue.
Reactions: Nibbins, Brambo, Logang and 4 others

ControlsEE said:
There should be no possible way to override a safety issue.
Click to expand...

Seriously, this should be something only maintenance or an operations manager should be able to do.
Reactions: Zachary and Nicole

Thomas said:
Seriously, this should be something only maintenance or an operations manager should be able to do.
Click to expand...

Not even them IMO. Anything affecting the safety of a person must never be available for overriding without re-wiring the system to not be safe.
Reactions: Murphy

The article says the seatbelt was never unlatched between cycles. Why on earth is the ride programed to even allow that to happen?! It seems super obvious to me that the ride shouldn't be able to dispatch until it sees that all restraints have been released and then relocked between each cycle.

There are so many totally alarming things about this story. If it weren't for the fact that all of the organizations involved here are pretty small time players (very small manufacturer, independent park, an inspection agency that just started ride inspections in 2019), it would really make you question the industry as a whole.
Last edited: Sep 24, 2021

It says seat belt, but sounds like a ratcheting lap bar scenario with actual webbed belts?

The whole thing seems sketch as hell - this kind of crap is about what I expect from a low-rent traveling carnival with an op that made poor life choices and is in need of a hot meal, shower, and a good night's sleep; not from any permanent amusement park.

If I'm reading correctly (and if the article is accurate), there are two seat belts per seat. Only one of the two is actually sensor monitored and actively locked by the ride system. That sensor-monitored seat belt was unlocked between cycles -- after the girl sat down on top of the two fastened belts. And then it was fastened right back in place, with the girl still sitting atop the belt. Then the ride was dispatched.

This means operators failed to notice that she was sitting on top of that seat belt, not under it, on at least two occasions:
They were standing right there both times.

Seems like this girl just pulled the tail end of the seat belt strap, with no buckle or locking rod on the end of it, across her lap after sitting on the fastened belts. She didn't know any better. She was six years old. She possibly had never buckled her own seat belt in her life. If her parents followed accepted child safety guidelines, then she was still sitting in a booster seat any time she rode in a moving car.

But it probably did look like she was actually wearing the belt, if one wasn't paying close attention. A black strap, across her lap. People allow themselves to fill in mental blanks all the time, when they see partial evidence supporting a conclusion they already want to make. These ride ops see possibly hundreds of riders per day. Mental lapses happen. These particular lapses were really terrible. Still no excuse for them.

The detail about the first ride op accidentally pulling the free strap out of the girl's hands and still not noticing the problem is both heartbreaking and infuriating.

Six Flags had an incident roughly 35 years ago on Lightnin' Loops (Arrow launched shuttle loop), in which a girl sat down in front of the closed shoulder bar restraint. The restraints were all closed and locked; nothing seemed awry if you weren't paying close attention. Ops didn't notice the girl's situation, and launched the ride. She flew out of the seat within seconds and died. Six Flags ended up modifying their Arrow rides' restraints to have massive orange loop handles on them, so it was harder to sit in front of a closed shoulder bar and easier for a ride op to notice if something was wrong. More fundamental sensor/logic changes may have been made at that time as well. Not sure.

And for all the mistakes here... a rider who shouldn't be allowed to board a ride using that particular restraint system, some combination of lack of attention, training, shortcomings in the manual... ultimately the restraint system design is the biggest single culprit IMO. It is the last line of defense against the often-deficient natural tendencies of people, and it needs to be designed as such. If a rider can be in a completely unsafe situation yet successfully mimic a properly activated primary restraint (either accidentally or on purpose), on a ride featuring dynamics that actively try to eject you, then that restraint system is inadequate for the task. Nothing can be made perfectly everything- and everyone-proof, but this system wasn't good enough to qualify for that line.

All my opinion above. I know nothing.
Reactions: Jesy, zachclarke, Ziva and 1 other person

This is a cheap and effective solution (alongside proper training and common sense) to combat the issue of riders sitting on the restraints (which both adults and kids do). A computer system can detect a closed restraint all day, but it is up to operations to ensure the rider is in proper rider position.
Last edited: Sep 25, 2021
Reactions: Zachary and Nicole

That wouldn’t have worked in this case.
Imagine that the belts are day-glo orange. Someone sits down atop already-fastened belts and holds the free end of the adjustable strap across their lap, as this girl did. They just hold it there.

Perhaps it’s possible to make belt webbing that is durably striped with day-glo orange ONLY for the first two feet of length, starting from the static anchor point (not the buckle end or the free-hanging adjustable bit). The rest of the length of belt webbing is solid black. If anyone holds the free end of the belt across their lap, then there are no visible stripes, and they MUST be sitting on the striped portion. No stripes = no dispatch.

That still depends entirely on ride ops’ attentiveness. But at least it’s a major difference they can perceive, rather than a restraint system that can be visually hacked (by accident in this case) to look correct at a glance.

I’m surprised that this free fall ride was designed and then cleared to operate with just a seat belt as a primary restraint device. It may pass ASTM muster, but both primary and secondary systems can be defeated the same way, and by accident. And ASTM represents minimum standards.

Without accusing anyone of anything, I’ll note that using a slightly sophisticated sensor-monitored seat belt as a primary restraint probably is considerably less costly and easier to design than using either lap bar or a shoulder bar.

halfabee said:
Without accusing anyone of anything, I’ll note that using a slightly sophisticated sensor-monitored seat belt as a primary restraint probably is considerably less costly and easier to design than using either lap bar or a shoulder bar.
Click to expand...

Cheapness is not the only reason to use a seat belt. Look at Twilight Zone: Tower of Terror, for example. Disney ditched the lap bars in favor of seat belts to make it more thrilling.

Didn’t say it was the only reason. In fact I list two potential reasons in my post. There are indeed others.

ToT isn’t a particularly great comparison IMO. On ToT’s drop section you are contained within a vehicle, which itself is contained within another vehicle. Yes, the front is partially open, but there is a half wall there. An unbelted person would have to topple multiple feet forward for some reason, and flip over that half wall instead of dropping to the floor, in order to fall out. There is YouTube video of morons riding without their seat belts and getting caught, meaning (1) it is survivable and (2) riders are actively watched during the ride cycle, which it seems can be stopped immediately when people are not properly secured.

Contrast that with the Glenwood Canyon ride vehicle, which doesn’t even have a floor! If you are not secured in your seat, you are automatically and immediately unlikely to survive. Best case, horrific injuries. And there are neither the means nor the time to react to someone who is unbelted once the ride starts, because riders take the big drop immediately.