Pictures from the new show Gift of Harmony.  Seen the first show yesterday and I really liked it.  Even though the songs are contemporary Christmas songs the vocals of the performers and their harmonies were very good.  I could do without the rap section however as it doesn't fit.  I didn't hear any sound system problems which were previously noted so that was good.

Admin:  If you want to move this to it's own thread please do so.

"Not Miracles", as we like to call it, doesn't even rate to get it's own thread?


PrincessArlenasDad said:
Same here.  We all thought the new show was a major downgrade.
Click to expand...

I like how they ban "furries" at the entrance gate, but let them perform in a show. Where did they get the "costume" ideas for this show?

While the message "presents" vs. "Presence" was nice, I agree with the above critique. My wife thought they found the "costumes" (and I use that term loosely) at the dollar store.

The song selection was bizarre and arrangements were confusing.

And I thought only superheroes wore their underwear on the outside.

Two positives. I could tell the performers were talented singers. And the lighting effects were very well done.
Reactions: Flyer, jornor, MAZ and 1 other person

I was worried that this show would be like "Soundsational!" at BGT with a Christmas twist. Sadly, I thought it was so much worse. Even if I could get past the cringy dialogue and cheap costumes, it sounded horrible acoustically. That's a mark of death for an a capella show.

They were basically going off of the sound setup for MIU. Those speakers can't handle frequencies of this show, especially the beatboxing. This cast deserves so much more, but I wouldn't be surprised if none of them return.

Oh, and one other comment I forgot to mention. I think this show, in concept, is too similar to Deck the Halls. One has a band, the other does not. That shouldn't be the (by far) biggest difference between two shows that are less than a 5 minute walk from each other.
Reactions: jornor

As someone who generally dislikes theater at BGW, let me offer a different perspective.

First, I think GoH is better than some of the other shows. In fact, I didn’t hate it. There are other options at CT that you couldn’t drag me to with a team of wild horses. In my opinion while there were a few cringy moments, they were fairly limited by park standards. Furthermore, I didn’t find any of it culturally or racially insensitive, which is usual for a BGW production.

Second, I disagree that it is very similar to DtH. An a capella show is fundamentally different that whatever that mishmash is in the Festhaus. Further, DtH still has the gyrations the park considers “dancing,” as well as those nightmarish gingerbread men.

Third, especially now that I have been on the stage in San Marco, I will personally endorse anything on that stage that doesn’t endanger dancers. It was always too cold and the surface too uneven to justify even the skipping the park pretended was a dance show. Miracles created the perfect environment for career-ending injuries. Also, I found it painful to watch.

I get that some people are completely opposed to modern music in the park, but I would argue that is a matter of taste. It isn’t as if the score for Miracles was period-appropriate, and goodness knows the choreography wasn’t either (using the term “choreography “ loosely, of course).

I gather that some guests would only be happy with opera in that space, which I imagine would not be generally popular. That matters because the theater is also the dining area for one of the biggest (and generally most edible) restaurants in the park. I can understand that they need a live show that won’t drive customers away.

Anyway, I just wanted to offer a counterpoint.
Reactions: Flyer, jornor, Thomas and 4 others

I really tried to give this show a chance. I watched it several times. I went into it with an open mind, however, I found it uncomfortable to watch. I thought the song choices were poor and the arrangements uneven. Sound quality was inconsistent from show to show. It did not hold my attention. I think one needs to be a fan of Pentatonix and Pitch Perfect to appreciate this show.
Reactions: jornor, CastleOSullivan and BGW Family

I'm with Nicole on this one. Does the show have sound issues that are inconstant and the costumes are severely lacking? Heck yes. But I would rather have something different at San Marco rather than sit through the badly watered down Miracles. Gift of Harmony may be an acquired taste, but I thought the show was decent all around in spite of what I said.
Reactions: Flyer, jornor, horsesboy and 1 other person

Celticdog said:
I really tried to give this show a chance. I watched it several times. I went into it with an open mind, however, I found it uncomfortable to watch. I thought the song choices were poor and the arrangements uneven. Sound quality was inconsistent from show to show. It did not hold my attention. I think one needs to be a fan of Pentatonix and Pitch Perfect to appreciate this show.
Click to expand...

I don’t want to get into a debate, since I am the last person to defend any show at the park, and I watched this one, because I needed to for Media Day, but I don’t think the level of vitriol is fair, either. Additionally, I am very happy Miracles is gone.

In college, we had three a capella groups: male, female, and mixed. This show reminded me a lot of the stuff the guys and the mixed groups would do around campus, and even more like the performances at the Great Cherry Tree Masssacre. So, for me, while it was clearly over the top, it was absolutely in keeping with what I enjoyed at university. So, for me at least, it reminded me of my alma mater (loosely), not some movie.

As for the costumes, I greatly preferred them to what I have seen in several other shows at the park.

I guess from my perspective, I don’t really want to see any show at BGW, but this one doesn’t stand out as the worst, and for me was, in fact, better than many.
Reactions: Flyer, jornor and horsesboy

However, the pajamas don't make it too exciting to watch either. The lighting effects, again, look great. I even think the set looks beautiful, even though it's quite simplistic.

I do agree with what Nicole said about Il Teatro being a dangerous place for dancers. It's also bad for singers to sing in cold temps like that, but it might not be as harmful for a short duration.

I would love it if the park could get a retractable and transparent roof there for winter and the rainy season. I'm glad that the park doesn't want Il Teatro di San Marco to sit empty during Christmas Town like it does most of the year. At the same time, I think this show is the most they will invest on a show in that theater for now, as long as the weather is a common issue. It's sad, really.


Nicole said:
This show reminded me a lot of the stuff the guys and the mixed groups would do around campus
Click to expand...

Edit: I think you just hit on the other major issue with the show for me. My choral and theatrical background is probably what makes this show so grueling for me. The caricatures in this show are too close to home for me. And for what it's worth; I despise Pitch Perfect. So this is probably not the show for me either.
Reactions: Flyer, jornor, horsesboy and 2 others

In case you didn't already guess, you can buy "costumes" from this show online. 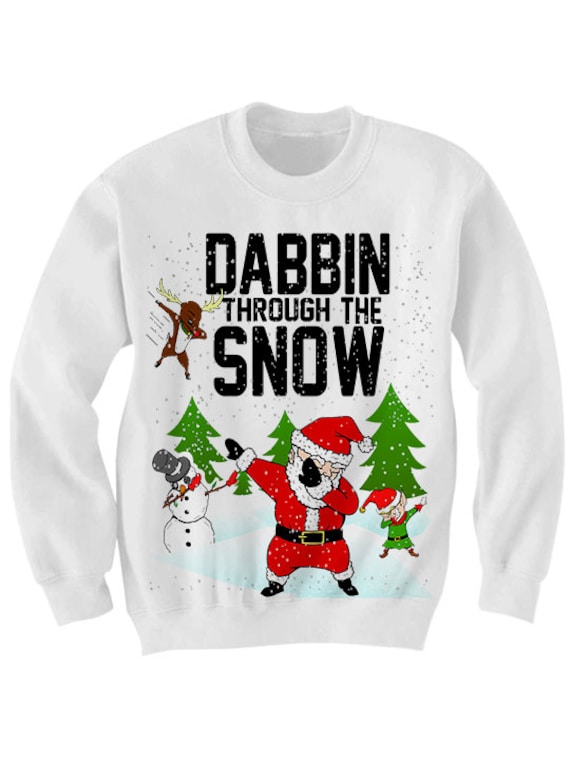 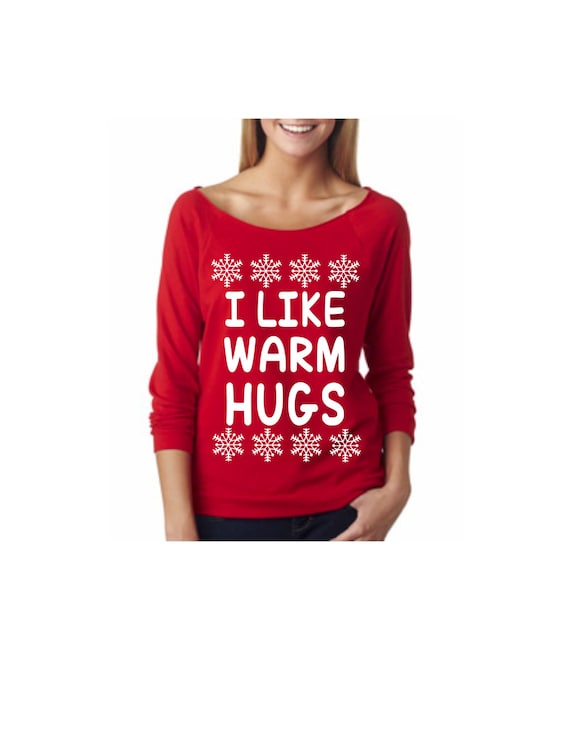 Reactions: Flyer, jornor, wombat96 and 2 others

(WVT News): Yes the reports are coming in now and according to eyewiteness it appears that the Christmastown show Gift of Harmoney has been offically PWNED! We will keep you up to date on these shocking developments as they occur. Now back to the news room.

Saw this for the first time tonight. It was... rough. I feel like the singers may not have had good monitor, as their Harmony was not... a gift I'd care to receive.
Reactions: jeffh, KJM10, warfelg and 2 others
W

belsaas said:
Saw this for the first time tonight. It was... rough. I feel like the singers may not have had good monitor, as their Harmony was not... a gift I'd care to receive.
Click to expand...

It was like that last year too.....I think they should look to move this inside as it's a good concept.
Reactions: belsaas

On the upside, it is good to see Gabe back in the park. On the downside, talk about an underutilized asset.
Reactions: CastleOSullivan, Zachary and warfelg

It seems like the park is doing that thing again where they throw their best performers to their worst shows, hoping that will save them. Unfortunately, this leaves the performers feeling ill-used, and the park is lucky if they return.
Reactions: BGW Family and Zachary
P

Did they make any changes from last year?

To say this show needed work would be an understatement.
Reactions: KJM10
S

The fact is that they replaced "Miracles" as cheaply as they possible could. No music score, no dancers or choreography, no special effects, and homemade-looking set. Well, they could have been cheaper and hired less vocalists. But this show has about 0 production value.

Nothing against any of the vocalists. They have great talent and this show is a waste of their talent. But IMO an a cappella show is best with 4 or 5 vocalists in harmony at most (like Cedar Fair's Jingle Jazz). When you have that many vocalists, the harmony is lost.

While some had issues with "Miracles", the 2016 version was a beautiful show both vocally and choreographically. I always liked that "Miracles" felt Christmas-y without using traditional, over-used Christmas music. Taking that show out of Christmastown left a big gap, and "GoH" does nothing to fill that gap.

A park should NEVER replace a choreographed show with anything less, and that is exactly what they did with "GoH"
Reactions: luseendesi, CastleOSullivan, Celticdog and 2 others

super7 said:
A park should NEVER replace a choreographed show with anything less, and that is exactly what they did with "GoH"
Click to expand...

That stage has NO business having dancers on it during the winter! And it's a ballet based show too! I'm surprised that there weren't major injuries.
Reactions: snowman6996, Ice, Mushroom and 3 others
You must log in or register to reply here.
Share:
Facebook Twitter Reddit Email Share Link
Consider Donating to Hide This Ad