I'm at Dollywood right now and I'll be posting gut ride impressions throughout the day.

I'll be going in September so I have a keen interest in your reporting.

Lightning Rod was really fun. It doesn't quite have the kick as Twisted Timbers, but I really enjoyed the triple down.

(This was in the front row)

Which seat did you ride in?

I really enjoyed Barnstormer. The ride itself is fun and the world needs more well themed dark rides.

Tennessee Tornado was surprisingly smooth. It's well paced with no MCBR so it's always moving at a good pace. Almost as good as Nessie.
Reactions: lightninlady

You are correct. Fixed.
Reactions: lightninlady

I really liked Firechaser Express as a family sister. Some really fun elements. Not as good as bolt though.
Reactions: Nicole

Wild Walked is a nice B&M. I'm going to try other seats later.

I'm torn on Mystery Mine. On one hand, the theming is amazing. On the other hand, the ride is slow, rough, and too jerky.
Reactions: Zimmy, lightninlady and Nicole

Thunderhead is an average but fun GCI.
Reactions: lightninlady and Nicole

UncleDuncan said:
I'll be going in September so I have a keen interest in your reporting. 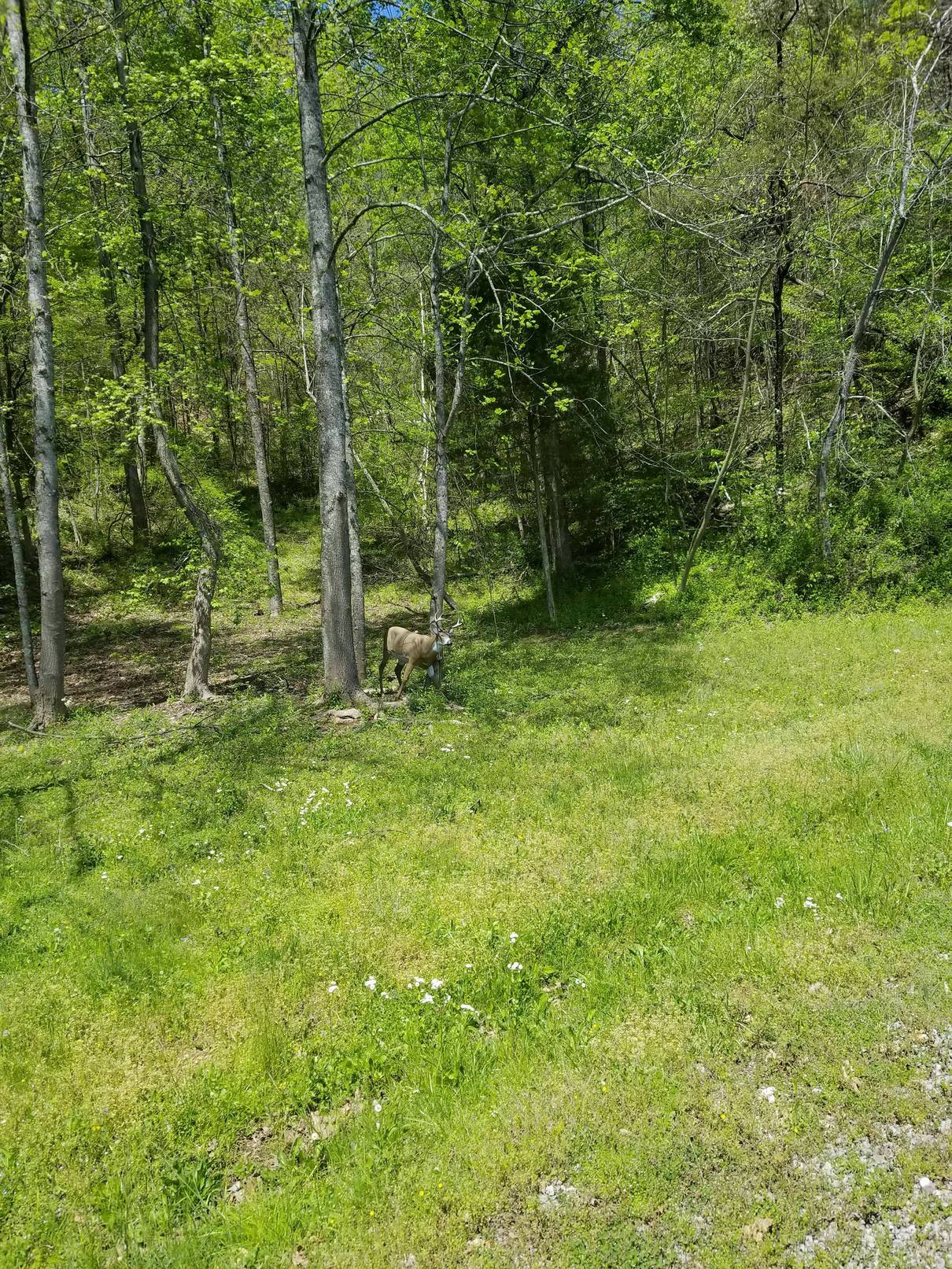 I enjoyed Daredevil Falls. It's a wired hybrid of a log fine and shoot the chutes. Fun layout and decent decor.
D

Are you still in the area? If so I will give you some tickets to a couple of my local attractions if you are interested. The first being The Coaster at Goats on the Roof (alpine coaster). The second one is Pigeon Forge Snow, a year round indoor snow tubing facility with real snow (it's the only one of it's kind in the US).
Reactions: MAZ

I'll be around Pigeon Forge in September and I love free stuff.
Reactions: Zachary and MAZ

So now is when I talk about my impressions of the park as a whole.  It is certainly a beautiful park.  The older areas where the plant life have grown in make it feel like the park was surgically implanted into the mountains. The newer areas, including the massive clearing for the expansion, really did feel sparse though and could have really benefited from a thin tree line.  I did appreciate the dozens of different water elements throughout the park and I wish more parks would have more random fountains and whatnot.  Most of the theming pieces are well done and enhance the themes of the park and individual rides.  There were a few head-scratchers that I’m not sure if they have local significance but I can’t help but think they don’t fit like all.  I understand the animatronic buzzard (not related to deer) that tells about his wife is well loved among the DW community, but it’s inclusion in the area next to an intense coaster and no kiddy rides is out of place to me.

Being used to more diverse themed areas, I'm not sure how much I liked the similar American folk style being used all around the park.  Some areas stick out more than others, but for the most part everything just sort of blended together aside from subtle differences.  If the layout wasn’t one big circle, I would have had more difficulty navigating the park because of this blend.  There wasn’t much I would consider “ugly” but there were some places I felt were bordering on between “rustic” and “dilapidated”.  I was impressed with the work done around the immediate areas of most of the rides to theme them.  Tennessee Tornado and Barnstormer are good examples of this and I even loved that some areas had fake DJs to compliment the ride themes.  They put way more work into ride and area theming than they had to, which is certainly nice to see.

The ride collection is pretty decent as well for a regional park with no competition.  A wide variety of coasters and manufacturers make sure there’s something for everyone and I would rate 90% of them of a good ride experience with the one exception being Mystery Mine.  As mentioned before, it’s a jerky, rough, painful ride with elaborate story and theming.  One thing that bothers me though was the fact that it shits on crows in the story and I’m not a fan of things vilifying animals for no reason.

My gut reaction favorite ride is actually Fire Chaser Express.  I ended up riding that three times and I just thought it was a good speedy coaster with some really fun turns.  I rode Blazing Fury a total of four times trying to catch all the details.  Am I missing something, or is this ride kind of fucked up with the comedic scenes at the start of the ride and the dead firemen at the end? Also, there’s a pirate in the ride for some reason.  I really do love these coaster/classic dark ride hybrids and I wish they were more common.  The train around the park was really cool, but the ash got annoying and I can’t help but think that the ride was better when half the train ride wasn’t land clearing for the expansion.

I didn’t end up doing any shows because, honestly, the style of music wasn’t my thing.  I did do the gospel museum because I heard it had creepy animatronics, but kind of rushed through because it wasn’t my thing either.  The same thing goes for the Dolly museum, I mainly went to check out the holographic Dolly and get pics for my roommates who are a fan of her, but it just isn’t my thing.  The food choices were mostly BBQ and Americana comfort food, which isn’t my thing either.  The point I guess I’m trying to get at is that when you only have one thing, no matter how well you do it, it’s going to be very boring for those who aren’t into that thing.  This is a logical decision on behalf of the park given the area and namesake, but it will be a few years before I even consider another trip there when I have other options within the same driving distance despite what I consider a great ride lineup.  If I were to rank it among the parks I’ve been to, I would put it above any Six Flags but below Hersheypark.  I liked the park, but I can’t see myself wanting to make a visit again within the next few years.

Now here’s the part where I talk about the other attractions and rides I did in the area.

The Ripley’s Aquarium is legit one of the best aquariums I’ve been to as far as animal collections go.  One of the problems I have with Zoos and Aquariums these days is that they’ll have a lot of the same animals because they’re popular and easy to acquire and care for.  This aquarium has those (sand tiger sharks *yawn*) but they have fascinating animals that only animal nerds might have heard of before visiting.  Among the highlights personally were Flamboyant Cuttlefish, Sea Dragons, Japanese Spider Crabs, Electric Eels, and Sawfish.  They also had weird, but cool experiences like a glass-bottom boat on their big tank and a Jellyfish touch tank (They’re moon jellies, so you don’t really feel the sting unless you are unlucky enough to be alergic).  So yeah, I was quite surprised by what I saw and highly recommend anyone visiting the area check it out.

I also did four Alpine Coasters on my visit.  Since they’re the same manufacturer and ride experience, I’m just going to list my favorites in order.

Now, on to the bad and/or AMAZING stuff.

When I purchased the aquarium ticket, I ended up doing two more of their attractions since I had time to spare.  The first thing I did was their Motion Sim and was that something.  The first one was a nonsensical racist Aztec thing.  The second one was an insane Santa thing with evil wizards, narwhal riding, and a motorcycle sleigh thing.  I’ll post a trailer below.

I also did this weird motion shooting gallery thing.  Not worth the $6.

Ripley’s also had this Haunted House that I tried.  I think they might have just changed it because it wasn’t advertised as anything but a walk through attraction.  However it was recently changed to a walk through shooting attraction.  “Shooting” is pretty generous though as all they did was add targets onto a handful of props that only the first person in the group would be able to see and shoot so no one else got a chance to shoot.  The whole thing was a poorly executed mess and the only highlight was a good scare after you turn in your guns.

First thing’s first, this isn’t really a boat ride as much as it is a dark ride with some water on the track.  The “boat” is propelled by wheels on the track and the water doesn’t actually propel you.  The ride takes you forward, stopping at a scene, wait in the dark after the scene ends, then pushes you to the next scene.  The scenes consist of such gems such as being attacked by a Brachiosaurus, attacked by some tentacles, watching a dinosaur on strings “walk” by you, watching this huge humanoid Pteranodon move it’s head up and down (twice), watching dinosaurs about five feet from each other fight, a meteor strike/disco light show, and other equally delightful gems.  80% of the animatronics are in some form of disrepair from not moving properly to skin being taped up with duct tape.

In the ride’s defense, there is some clever aspects to the experience.  There are one or two good animatronics, some of the lighting effects were cool, and the ride was suspenseful for the first few minutes.  There is also a cool effect at the end where the boat lifts up at about a 45 degree angle to simulate a T-Rex using it’s psychic abilities to bring it’s prey.  There is also some build up with a giant snake that kind of sort of maybe pays off.  Attraction Rating: 11/10 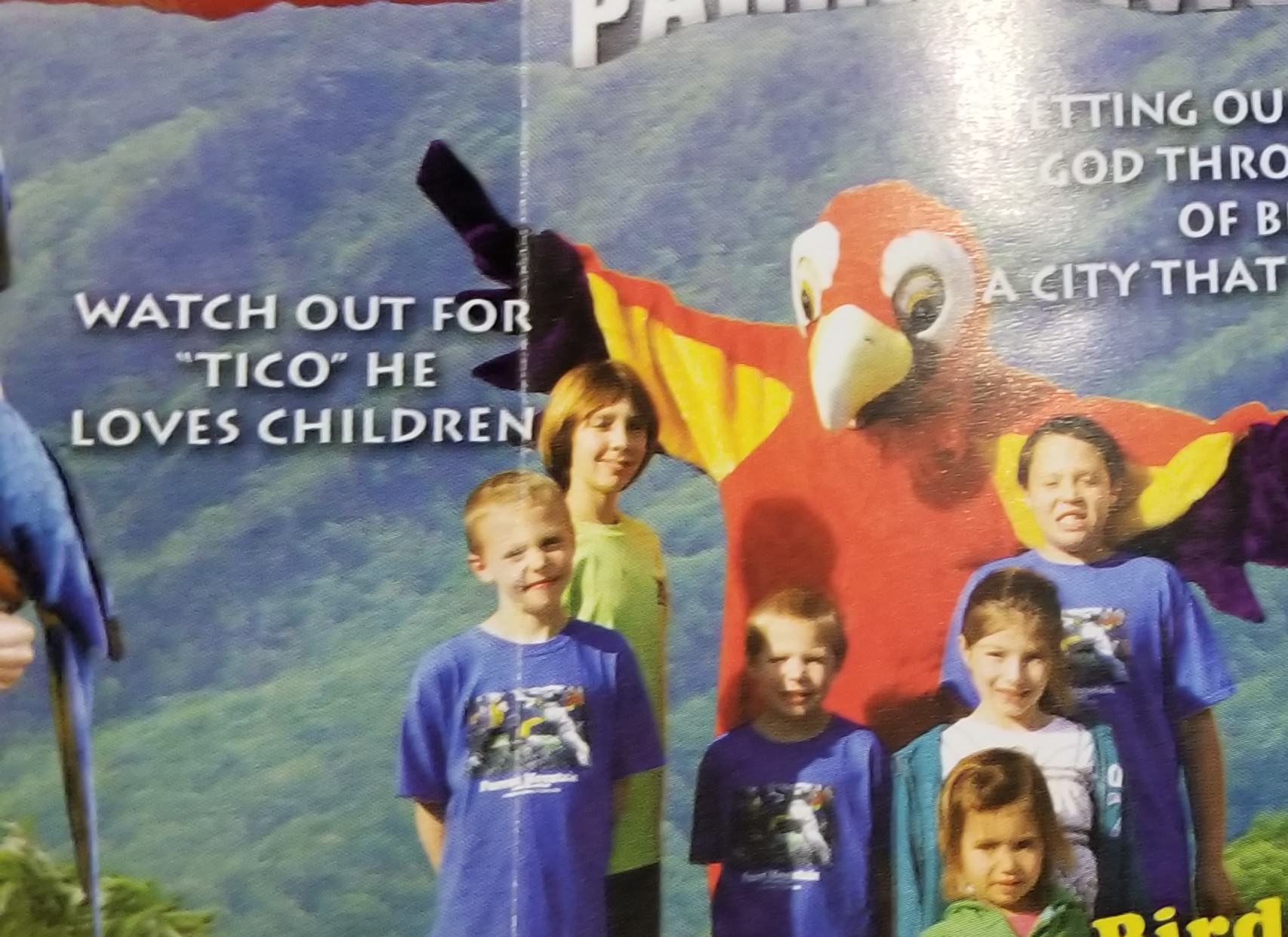