First there were rumors that Country Bear Jamboree was going (link in story)...now it's a Moana show replacing Enchanted Tikis. 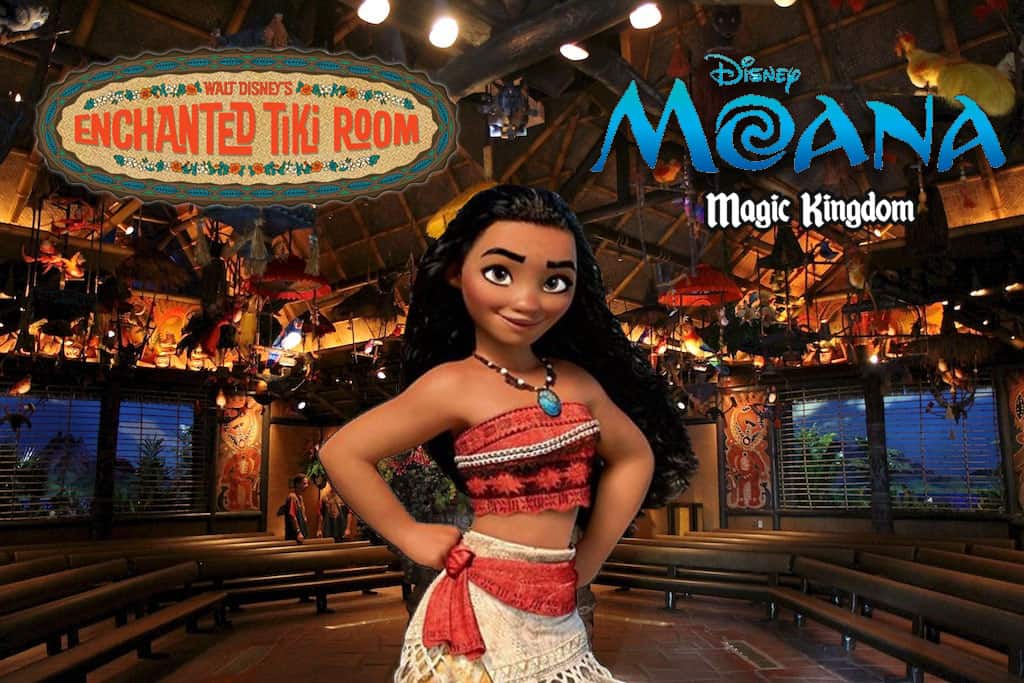 According to sources, Walt Disney's Enchanted Tiki Room will close to receive an extensive overhaul related to the Disney animated film Moana.

WDWNT has been torpedoing their own reputation lately with these rumors. So many well-known insiders (and even Disney officially) have come out to call foul on a few of their last few articles that I can't bring myself to even read this post.

Maybe it's all going to happen and WDWNT will have proven to the world that they're the sole outlet that can be trusted with WDW leaks... But it's certainly not looking likely right now.
Reactions: b.mac, Nicole, belsaas and 3 others

This would explain why my Enchanted Tiki Room shirt, which I love dearly, was discounted. Either way Iger needs to chill with the synergy and just let some attractions be free from IP.

Zachary said:
WDWNT has been torpedoing their own reputation lately with these rumors.
Click to expand...

After that ridiculous article they wrote about the Land and Seas Pavilions at Epcot being removed I've quit reading anything they've put out since.
Reactions: b.mac, Nicole, BGWnut and 3 others

I just pass stuff on... it's up to the reader to decide if it's legit.

But, whether WDWNT is close to being right, the rumored switch does fall into Disney's IP movement. This 2018 article discusses how seemingly everything is IP themed.

Disney denies the rumor...and refers to WDWNT as "unscrupulous source” . ? 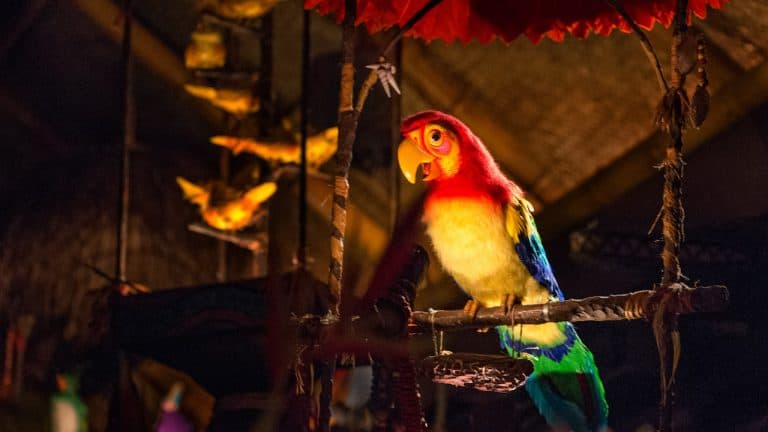 A daily-updated resource for news and information on the Disney resort around the world.

Wow, this is some juicy drama.

The hypocrisy coming from Tom is rich.


Tom Corless said:
Also, I would like to add that this post from the Parks Blog is the most unprofessional statement the company has released in its history, in my personal opinion. We have had open communication channels with the Disney Parks PR teams for over a decade and we would have been happy to run an update with an official statement.
Click to expand...

Since when was it the subject of the story's job to reach out and correct something? If Tom was an actual journalist, he'd realize that it's his job to reach out to them for a statement. The fact that he's getting pissy because they called him out after he didn't do his job is truly laughable.

I honestly feel bad for the other writers over at WDWNT. He's making a total joke out of their site.
Reactions: Applesauce, belsaas, Mushroom and 2 others

Sidenote: Tom Corless used the quote from the Disney Parks Blog without ever linking back to the actual source. Here's the official response: 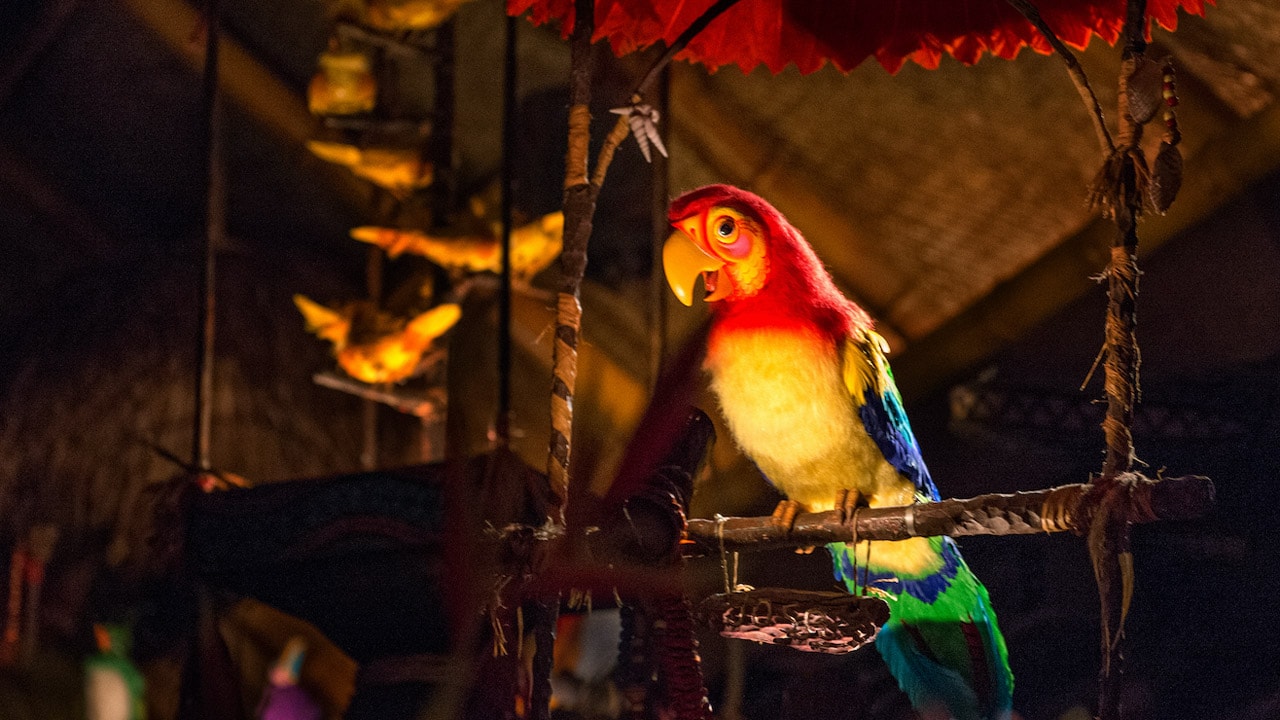 A little birdie told us…

A little birdie told us there are some rumors flying around about our beloved Tiki birds at Walt Disney World Resort. We’re sorry that our fans are being fed incorrect information by unscrupulous sources. While “toucan” play at that
disneyparks.disney.go.com
Reactions: belsaas and BGWnut

Can somebody please fix the thread title to reflect that this was a rumor, and an incorrect one at that? These clickbait-like thread titles are so frustrating to me.
Reactions: b.mac and Luke

Sorry for having a busy career...
Reactions: b.mac, ..…, belsaas and 2 others

Joe said:
Can somebody please fix the thread title to reflect that this was a rumor, and an incorrect one at that? These clickbait-like thread titles are so frustrating to me.
Click to expand...

Joe said:
Can somebody please fix the thread title to reflect that this was a rumor, and an incorrect one at that? These clickbait-like thread titles are so frustrating to me.
Click to expand...

It's tagged as a rumor so I don't have any problem with the thread title as is. @GrandpaD is free to change it if he wants, but I don't see a need to.
Reactions: Luke

Missed the rumor tag because it’s not appearing on the mobile header. My bad! Carry on.

Glad the birds are staying though!
Reactions: Zachary

This attraction is a waste of time as it is, and since Moana was such a waste of time movie, I think it's the perfect overlay for me to continue my ignoring it.
Reactions: belsaas and Zachary

Zachary said:
It's tagged as a rumor so I don't have any problem with the thread title as is. @GrandpaD is free to change it if he wants, but I don't see a need to.
Click to expand...

I changed the title to reflect this "journalistic" mess.

GrandpaD said:
I changed the title to reflect this "journalistic" mess.

It's really not the same without the robotic clacking of beaks drowning out the song...
Reactions: halfabee, Thomas and Nicole