Really miss this attraction, why on earth was it replaced with EiTA?
B

redsoxfan787 said:
Really miss this attraction, why on earth was it replaced with EiTA?
Click to expand...

Couldn't they have just refurbished corkscrew? It always had a decent amount of people in line. And your right about that, I walk right on the ride everytime

Okay this is really a big coincidence. Guess what???????................I saw in Jack And the Giant slayer the movie. I'm gonna let some people guess before, I tell you.... This is very big news.
Ohh and this does have something to do with Corkscrew Hill.

Somebody actually went and saw Jack the Giant Killer?

Okayyy fine I'll tell you. Anyway, I went too see "Jack the Giant Slayer" movie, and somewhere near the middle where Jack finds the giants, there was this giant that appeared. Who here remembers the tall red haired giant on Corkscrew Hill. I can't remember when this giant appeared on the ride, but I do remember seeing it. Anyway this exact or very near exact giant was one of the main giants in the movie. Can someone tell me when this tall red haired (when I say this I mean the red hair is tall) appeared in the ride.
So my theory why this giant was in here, is because there must have been a patent or trademark that Busch gardens had when Corkscrew Hill was operating. And when The ride closed the patent was lifted, and the producer of this movie bought it. Or the producer hired the same exact artist that did Corkscrew Hill's drawings and the drawer ripped of his old illustration, and put it in this movie.

Please tell me why this illustration would be in Jack the giant slayer movie. (if I'm wrong)

Reactions: Mushroom, Brandon, Youhow2 and 4 others

The red head guy was not a giant, he was a normal height. We were shrunk to little people.
Reactions: Ben, destroyer421, netdvn and 4 others

Why hasn't this been posted here yet?

I rode EITA shortly before the Styx concert last Sunday. I wish I got those 15 minutes of my life back and traded it for a run on Griffon or something.

http://www.youtube.com/watch?v=fhkQCXMdw1I
Preshow. The ending is cut off.

I hope they bring this ride back (or bring something similar with an updated story/visuals) sometime in the future. Kinda funny that EITA is almost always a walk-on, while Corkscrew Hill always had a wait.
Reactions: Zachary, Mushroom and James

Today I was going through some flyers and brochures I'd picked up at my resort from when I visited the Wisconsin Dells (the Waterpark Capital of the World!) a few weeks back, as I've mentioned a few times (still working on a trip report...). As I went through the flyers I'd picked out, a certain flyer for some Special F/X 4D Theater in the Dells caught my interest.

On another note, I just found this picture of some landmark in the real Corkscrew Hill in Ireland. 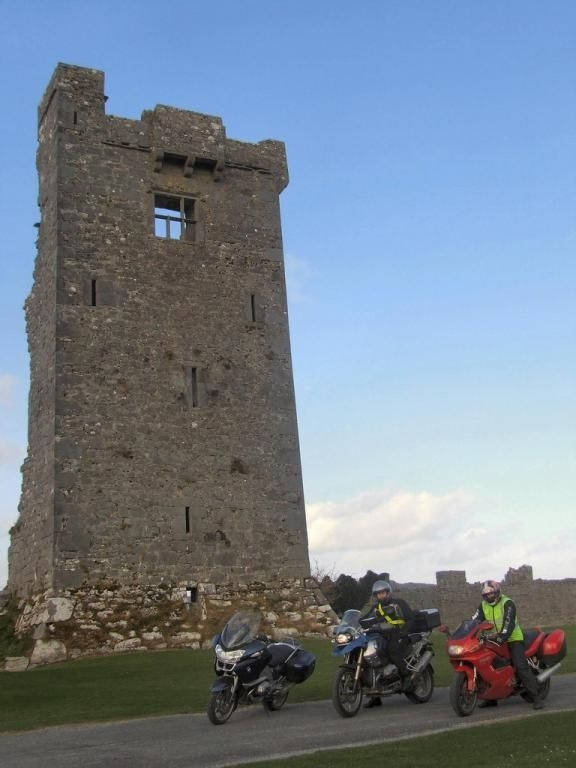 I don't know what the original entrance façade for the original Hastings attractions looked like, but I just now realized the attention-to-detail that was once put into Ireland, seeing as the Corkscrew Hill ride façade was undoubtedly based on the real Irish landmark. Very cool.

Makes me miss the ride even more...Loved the attention to detail and immersion it brought to the area. Also just another reason Europe in the Air was a misfit.
Reactions: Peej1212, Kitty, BGW Family and 5 others

Hey Joe,
Yes the park commissioned Corkscrew Hill, just like it did Pirated 4D, Haunted Lighthouse, and Haunts of the Olde Country and all of these movies are available for use at other 4D attractions now. I don't know the specifics but it would seem that BEC paid to produce the films for their parks but the production company retained ownership rights.
Reactions: Mushroom

So if I were King's Dominion, I'd run Corkscrew Hill.
Reactions: xpert98 and Mushroom

Yes. I can't tell you how many times I've walked past the Action Theater and there is nobody in the queue for the Dinosaur movie.

xpert98 said:
Yes. I can't tell you how many times I've walked past the Action Theater and there is nobody in the queue for the Dinosaur movie.
Click to expand...

Because it sucks
It's a boring documentary. KD wasted the money of ripping out the action seats and replacing it with a horrible blurry 3d dinosaur movie.