Was not aware this even existed. 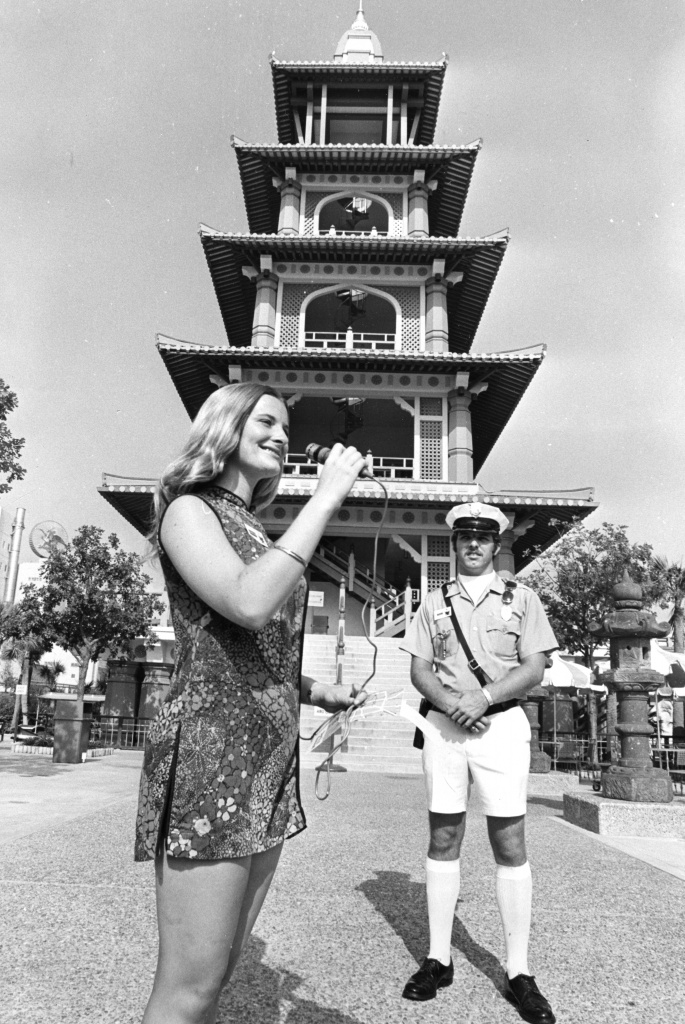 When the LA park closed BGW received a number of truck loads of stuff to reuse. As the video said much of it was Feather rock to use for themeing.
Reactions: tursiops

Did not know the LA location had a Banbury Cross themed structure. And long before BGW was built, no less.
Reactions: AlpenChariot and tursiops

I always wonder what would happen if these two parks stayed afloat. If they had respective world themes (Busch Gardens Asia and Busch Gardens Oceania come to mind) and had attractions similar to the existing BG parks, they could be major players in the theme park industry.
Reactions: AlpenChariot

The Houston park is would be completely landlocked on all sides if it was still operating today. Looking at old aerial footage, there doesn't seem to be much room for expansion without removing stuff. Assuming the brewery grows and expands at the same rate the park does, there wouldn't be a lot of room for coasters and rides plus a manufacturing facility.

That being said, if it was still around, it would be doing extremely well. The biggest local competition would be Kemah and Galveston Pleasure Pier. Closing Astroworld would've helped attendance by a lot. I could see competition between Astroworld and Busch Gardens being pretty fierce though, so who knows? Maybe if Busch Gardens provided that level of competition Six Flags needed to keep AW around, Houston would be rocking two theme parks instead of none.

The CA location looks like it has far more room to expand than the Texas location, but even now its still surrounded by heavy development. I could see this park putting more emphasis on animal exhibits/shows over rides considering SoCal is heavily surrounded by major theme parks, but Tampa seemed to make it out OK in the face of fierce competition. I could see the park moving more towards a South America theme over time or keeping the generic bird gardens theme intact.
Reactions: Dombot, tursiops and CastleOSullivan
T

I think Asian (Houston), South American (LA?), and a brand new Australian Busch Gardens would have created an incredible brand that would have almost demanded people to visit them all!