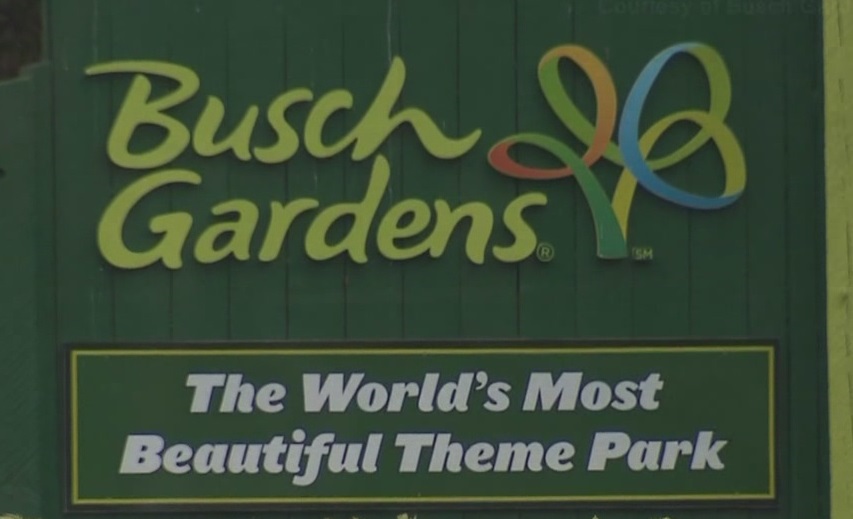 WILLIAMSBURG, Va. (WAVY) – A contractor working on the Pantheon rollercoaster project at Busch Gardens Williamsburg fell Thursday morning and had to be flown to the hospital. Bat. Chief Catle…

You Have Such Hunger For My Secrets?

At least nothing caught fire this time.
Reactions: Le Moose and scottyholiday

The only slight update to this story is that it was a construction worker on the Pantheon site. No word yet as to their condition either online or on the short segment WAVY 10 news just had on their 5pm newscast.. Let's just hope nothing serious for their injury happened to the person.
Last edited: Oct 25, 2019
Reactions: tursiops, Zachary, RKRCC and 1 other person

Must have been trying to install the trident.
Reactions: Le Moose, belsaas, DJTLG and 4 others

Update!
"The incident is being investigated by Virginia Occupational Safety and Health" A man working at Busch Gardens Williamsburg was injured Thursday morning in a fall.

I fear coming across cold in asking this, but do we know what kind of impact this may have on construction?
Reactions: Mwe BGW
D

The most important question....has anyone heard an update on the worker's condition?
Reactions: Le Moose, Mwe BGW, AlpenChariot and 1 other person

No and we probably won't for a while. Because it was an employee for a contractor BGW isn't really involved in what's going on with him and the contractor. They will only really know what the contractor tells them.

Hey guys. So this isn't entirely confirmed, but I wanted to pass along what I've heard.

Reportedly this incident did happen on the Pantheon site. Unfortunately, I've also been told that the workman has since passed away. Hopefully that is incorrect.

Unsurprisingly, vertical construction on Pantheon seems to have ceased since the incident.

This is such a sad turn of events. Construction/maintenance has become such a safe process in comparison to how things used to be. I hate to hear of severe injuries or deaths of someone just trying to make a living. Thoughts and prayers to the family.
Reactions: Le Moose, Alf33, dude205 and 5 others
T

Terribly sad. I hope they were not rushing and cutting corners in safety. Agree with the above comments.
Reactions: Alf33 and Mwe BGW

My wife and I were talking about this yesterday. It is simply a testament to the skill and dedication to safety of the workers that there are not more accidents. That is ridiculously dangerous work. Safety is not an afterthought, it comes first and foremost, which makes an accident like this all the more tragic.
Reactions: Alf33, Mushroom, tursiops and 1 other person

Zachary said:
Hey guys. So this isn't entirely confirmed, but I wanted to pass along what I've heard.

Reportedly this incident did happen on the Pantheon site and, unfortunately, I've heard that the workman has since passed away.

Unsurprisingly, vertical construction on Pantheon seems to have ceased since the incident.

Keep an eye out for more authoritative reporting from more traditional news outlets in the coming days.
Click to expand...

I have not heard much as everyone at BGW is being very quiet about this. I haven't heard anything about the worker dying so I can't confirm that. From what I understand the worker was harnessed in and was knocked out of a lift and sustained injuries when the harness caught him. No word on if he was properly harnessed or if it fit him correctly. My guess would be that the answer to at least one of those is a no.

I had heard that he needed surgery but that's all that anyone at the park seems to know right now. I wouldn't expect anyone at the park to know much as this is the employee of he contractor. BGW would have relinquished control of the site to them months ago, so they really only know what the Contractor tells them.

Hopefully this employee is ok and will not have any long term effects.

As for how it effects Pantheon construction, I am at the park right now and can see that they are working on the site, they just aren't doing any work with the boom lift or the crane. So they will most likely not be able to use them until the investigation is complete. If the worker dies, I would expect that all work will cease for at least a few days.
Reactions: Alf33, ..…, Mushroom and 1 other person
W

Ok - so I’m going to try to make my point as sensitively as I possibly can out of respect of everyone that’s involved in this unfortunate case.

It’s an absolute tragedy what happened here and possibly (without knowing details) preventable.

In my experience, what happens is the property (BGW) sets a deadline and a budget. Most contractors want to come in at budget and pre-deadline (usually get a bonus out of that); but at the same time don’t want to pay overtime (because that usually does not get compensated back). So the pressure gets put on the employees to work faster. The sad truth there is usually safety measures take time and slow them down so they skip certain OSHA regulations.

So you end up with an everyone gets some blame but no one gets enough blame.

I would guess part of the reason for the speed of the track being constructed has to do with electrical in the launches and trick track operations needing a clear worksite.

Hopefully for the contractor and BGW this is not the case, and though an accident like this is never any consolation for the injured/deceased/family, that it’s more a very unfortunate event than someone did something wrong.
Reactions: ..…, dude205, Mwe BGW and 1 other person
D

The contractor signs a contract with BGW at a fixed price with a set deadline. Every day over that deadline that the project is not completed, a certain amount of money is paid from the contractor to BGW. This is for delays in testing, which can lead to delays in opening. Projects like these often lead to mishaps because of rushing and ignorance to safety regulations.

As someone who is currently studying to be a project superintendent, any injury on a job site is sad to see. Unfortunately construction safety in the US is not nearly as good as other countries around the world. It is something they really push in most of my classes so the next generations can change the statistics. My thoughts are with that workers family. As of right now we don’t know that it wasn’t a freak accident more or less than a safety issue. Hopefully the next couple days will give clarification.
Reactions: The Quist and BGWnut
You must log in or register to reply here.
Share:
Facebook Twitter Reddit Email Share Link
Consider Donating to Hide This Ad