AT LEAST three people have been killed after a theme park ride collapsed in India, it was reported today.

I have to wonder if this one was manufactured by the same as the one that collapsed in Chennai?
Reactions: The Quist, Mushroom, ..… and 2 others
J

Update: 6 park officials charged with crimes related to this incident. 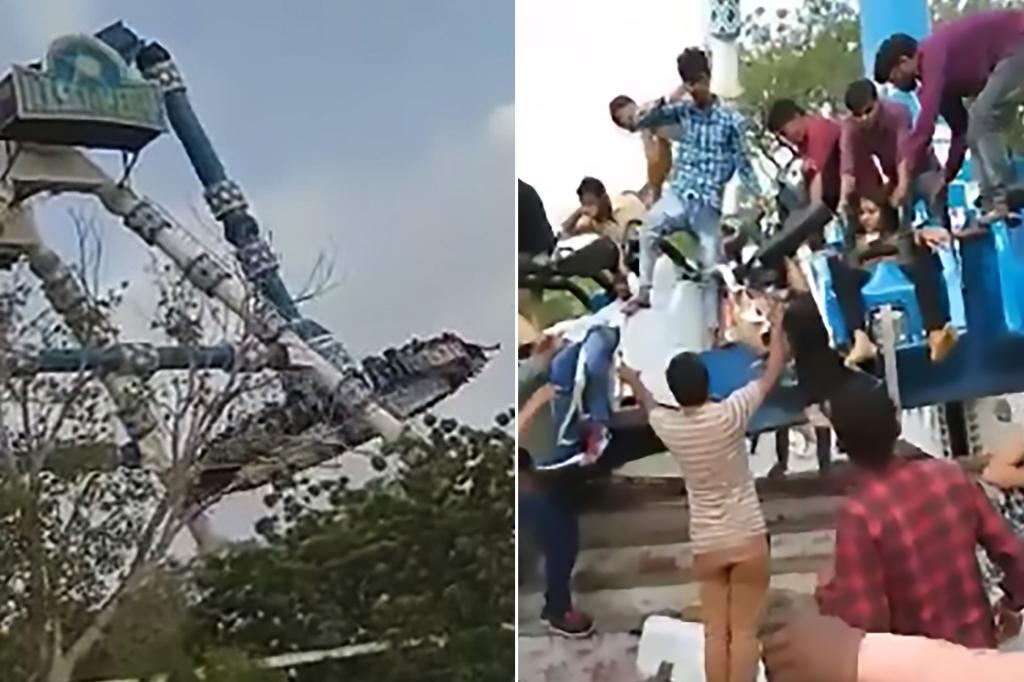 Six Indian amusement park staffers have been charged in the deaths of two people who were on a pendulum-style ride when it snapped mid-swing and crashed from at least 30 feet high. Officials said a…

nypost.com
Reactions: lightninlady, The Quist, wombat96 and 2 others

Here's up close footage of the damaged carriage.

Yeah I didn't link that one because of all the blood.

I would really like to know who the manufacturer of these two rides was. From what I read about the other incident, that ride was basically brand new.
J

Shane said:
I would really like to know who the manufacturer of these two rides was. From what I read about the other incident, that ride was basically brand new.
Click to expand...

Yeah. I attempted to research this but the information is not easy to find. There's very little info that I've found online about these parks...

I was able to find this statement from Zamperla. They make it clear that it was not a ride manufactured by them.
Reactions: RollyCoaster, lightninlady, AlpenChariot and 1 other person
J

... and I'm officially never going to an amusement park in India.
Reactions: The Quist

Both rides look like they were built by two different manufacturers.

The pendulum in Uzbekistan had a really tiny arm on a huge Frisbee disk. This one looks like it was built a little stronger than the previous one but looking at the seats and harness system it looks like another knockoff. Both rides were probably built in-house or by a local manufacturer if they're not buying from some Chinese knockoff company.

I'm not sure who made it, but I can say that based on the design (they both have counterweights) they aren't made by Moser, Zamperla, Huss, Intamin, Chance, Fabbri, or even Golden Horse. SBF-VISA does make one with a counterweight, but there are enough minor differences that I'd say it's safe to rule them out.
Reactions: RollyCoaster, ..…, lightninlady and 2 others

Jahrules said:
... and I'm officially never going to an amusement park in India.
Click to expand...

I can say that given the countries lack of... well anything regarding safety standards and working conditions, I would never trust ANYTHING they build there. (Google Tata trucks if you want a laugh) If you want more evidence, go watch any of the hundreds of videos on the web of them breaking ships. They literally push them up onto the beach and then 1000's of workers swarm the ships with torches and little else just hauling chunks of metal away.

When I was in the Gulf many if not most of the workers were from India and I commonly heard that they were safer and better paid in Bahrain, Kuwait, and UAE then they were in India. In fact the man who was my ship chandler in Kuwait was a trained engineer with a masters degree. He was better paid in Kuwiat working for GAC (Gulf Agency Company a ship handling comany) then he would ever have been back home. The man spoke flawless English, Hindi, Arabic, and Chinese. He told me that back home when he was designing buildings his designs were regularly over ruled and modified because the owners thought the limited things he did fore safety were unnecessary. The young man who supervised my flat's building was paid next to nothing and was excited for the opportunity.

As an emerging economy India has a LONG way to go in terms of workers rights, government regulation, fire code, and the like.