I've always had an immense interest in business leaders, particularly in the leaders of theme parks. Kings Dominion is my home park, so over the years I've done a lot of research into its eight general managers whose leadership has shaped the park's history. I had some time to kill today, and I remember someone asking about BGW's past presidents in that park's forum, so I thought I'd type up this timeline and biography of the eight general managers who have led Kings Dominion through the years. 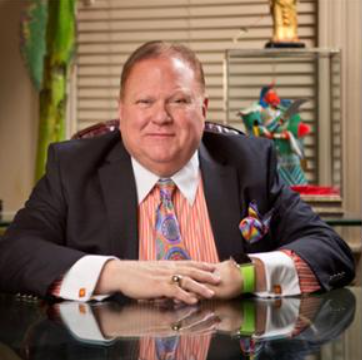 ​
Dennis Speigel was Kings Dominion’s founding GM and led the park’s planning, construction, and early years of operations. According to interviews, Speigel was given an enormous amount of free reign by Taft, the park’s parent company, and was responsible for calling the shots on everything from the design of paths and buildings to the placement of trees and rides; a great amount of Kings Dominion's original design can be owed directly to Speigel. A graduate of Morehead State University, Speigel had gotten his start in the industry as a ticket-taker at Coney Island in 1960, working his way up the ranks to become Assistant Park Manager of Coney Island. When Kings Island opened in 1971, he became its Assistant General Manager, and he was put in charge of building the company’s new theme park in Virginia in 1973. In 1980, he left Kings Dominion to become Taft’s Vice President of Operations. Today, Speigel is the founder and Chief Executive Officer of International Theme Park Services, a consulting company for theme parks worldwide. He is also a member of the International Association of Amusement Parks and Attractions (IAAPA), where he is head of the association’s Strategic Long-Range Planning Committee, and was appointed as Premier Advisor to China's Association of Amusement in 1994. He is also the leading contact for media outlets regarding theme park news, and is frequently cited as an expert in national media when a theme park-related issue is in the news.


2. T. Lewis Hooper
1980-1985
​
There isn’t much information available about Kings Dominion’s second GM, “Lew” Hooper, but his leadership was mostly an extension of Speigel’s. A graduate of the University of North Carolina at Chapel Hill, Hooper began as a group sales manager at Kings Dominion’s sister park, Carowinds, in 1972 and worked through the ranks to become its GM. He was promoted to GM of Kings Dominion in 1980, and later became GM of Kings Island. In 1984, Hooper and other senior managers of Taft’s parks division bought the parks, forming Kings Entertainment Company. Hooper later became president of the company, a role which he held until 1992, when the company was bought by Paramount. Hooper died of natural causes in 2006. 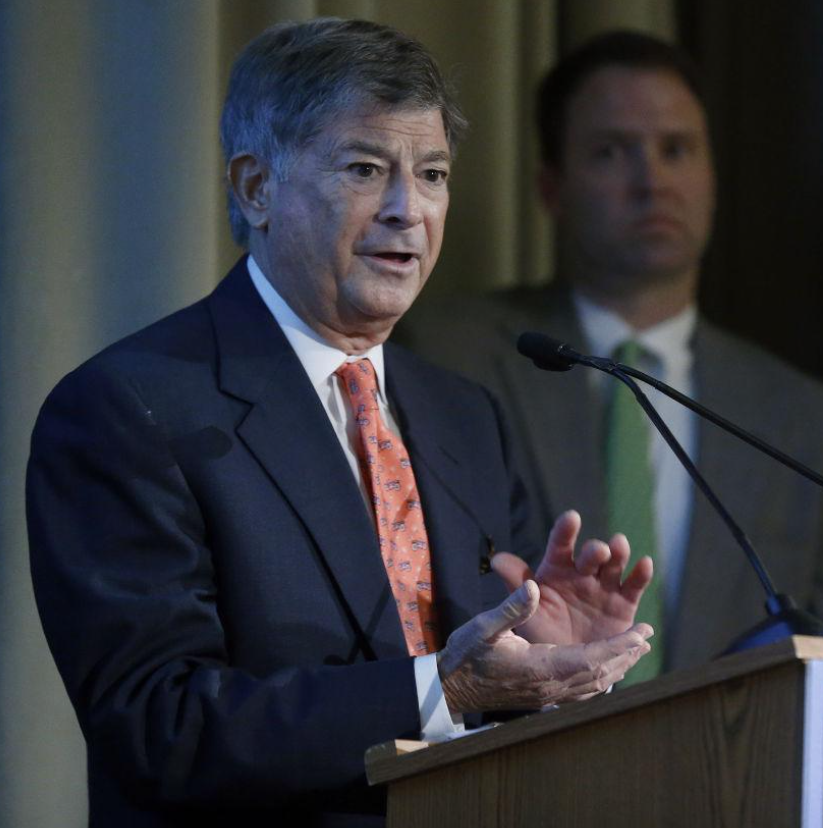 ​
Other than Dennis Speigel, Wilson Flohr may be the most influential GM in Kings Dominion’s history. He oversaw the transition from Taft/KECO’s later years to Paramount’s ownership, leading much of the park’s “Paramountization.” Flohr has said that the early years of Paramount’s ownership were what put the park on the map, and Flohr led aggressive marketing to expand the park’s reach and appeal. A graduate of Rollins College, Flohr was the chief lobbyist for the “Kings Dominion Law,” a 1986 Virginia law that prohibited public schools from beginning before labor day in order to boost demand and staffing for tourist destinations at the end of the summer, and was instrumental in the legislation’s passage. Flohr’s tenure as GM—13 years—is the longest of any GM in the park’s history. Flohr retired in 1998 but has remained active in the Richmond community, taking unpaid positions as CEO of the nonprofit organizations Richmond Region 2007 and Richmond 2015, which organized the UCI Road World Championships cycling event. Flohr is also often cited in local media when Kings Dominion-related news breaks. 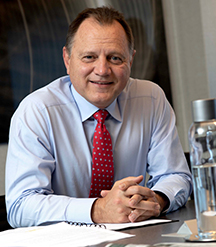 ​
Richard Zimmerman took over as GM from Flohr in 1998. Having previously worked as a strategist at Paramount, Zimmerman is the park’s only GM to have had no experience working in the theme park industry before taking the job. A graduate of Georgetown University, Zimmerman oversaw the latter half of Paramount’s ownership of the park and the early stages of the park’s transition to Cedar Fair’s ownership. In June 2007, he was promoted to Cedar Fair’s newly created position of regional vice president; he became the company’s executive vice president in 2010 and its Chief Operating Officer in 2011. He was named president of Cedar Fair in 2016, and in January 2018 he was named to his current position, president and CEO of Cedar Fair. While he was GM of Kings Dominion, Zimmerman also served as director of the Richmond Chamber of Commerce and the Richmond Convention & Visitors Bureau and as chairman of a nonprofit swim school and aquatic training center. Zimmerman is one of only two GMs to have an in-park Easter egg in reference to him—the fictional military fort where Flight of Fear takes place is named “Fort Zimmerman,” according to a sign that was added in 2007. 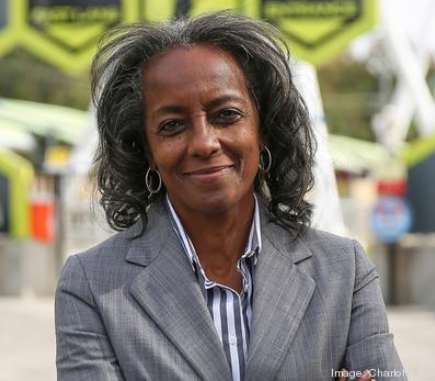 ​
Pat Jones oversaw the park’s full transition into its ownership by Cedar Fair. Jones began her career at Kings Dominion in the early 1980s, working as a season associate at a game booth to help pay for college. According to an interview with her, she continued to rise through the ranks of the park and was eventually offered a full-time management position before she finished college, which she immediately took. She eventually became the park’s vice president of food and beverage before being named GM. Jones was reportedly the driving force behind the park’s 40th anniversary celebration, which saw the return of many of the park’s beloved icons from its early years. In June 2016, Jones moved to Carowinds to become its new GM and oversee the park’s $50 million five-year capital growth plan. In 2019, she was one of 25 women honored with the “Charlotte’s Women in Business” award by the Charlotte Business Journal. 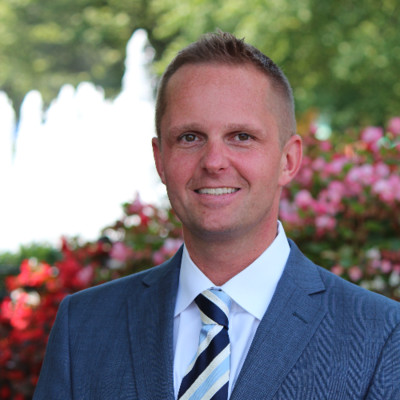 ​
Gary Chadwick’s one-and-a-half-year tenure as GM, from June 2016 to January 2018, is the shortest in the park’s history. A native of England and a graduate of Manchester Metropolitan University, Chadwick began working at Kings Dominion as a seasonal food and beverage associate in 1999, the inaugural year for the park’s foreign workers program. He continued to return to the park for the next three years, and accepted a full time management position at the park in 2003. He later moved to Carowinds, where he became vice president of food, retail, and entertainment and oversaw the park’s special events. As GM, Chadwick took an active role in communicating with guests, with a public social media presence where he frequently posted about the park and his role. In January 2018, it was abruptly announced that Chadwick had left the company for publicly unknown reasons, making Chadwick the park’s only GM to neither have moved elsewhere in the park’s parent company nor have retired after serving as GM. He currently serves as founder, president, and CEO of Tang & Biscuit Social Club, a combination restaurant, bar, and shuffleboard club in Richmond. Fun fact: in 1999, Chadwick received a job offer from Kings Dominion and Busch Gardens Williamsburg on the same day, but chose the former because he “didn’t want to possibly end up wearing lederhosen.”

​
Tony Johnson has the most storied history with Kings Dominion of any GM. Johnson, who originally worked as a teacher in Hanover County, took a job as a tower guard at the park’s Lion Country Safari in 1974 to earn extra money during the summer; his job was to open and close gates to make sure none of the animals wandered outside of their drive-through enclosures. Johnson, a graduate of the University of North Carolina at Chapel Hill (like his predecessor, T. Lewis Hooper), continued to return to the park each summer, until the early 1980s when he left his teaching job for a full-time position as safety and security manager at the park. He later became the park’s vice president of operations, a role he held for a decade before moving to sister park California's Great America as vice president of operations in the late 1990s; he later moved to Carowinds in the same role. In 2013, he became Cedar Fair’s corporate director of operations, although he performed the role from an office at Kings Dominion rather than from the corporate headquarters. Johnson retired from the GM position in January 2021, ending a 47-year career with the park. Like Richard Zimmerman, Johnson also has an Easter egg bearing his name inside the park—in Grizzly Gulch General Store, the talking animatronic deer head on the wall above the store’s fireplace states that the store’s proprietor is named “Old Man Johnson.” 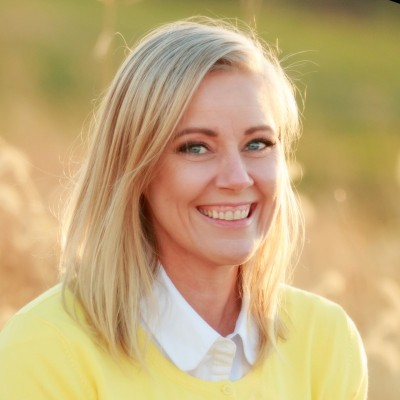 ​
Kings Dominion’s newest GM has just begun her tenure, so we will have to wait and see where she will lead the park! Bywater began her career as a seasonal associate at sister park Worlds of Fun in the 1990s, rising the ranks of various leadership roles before becoming the park’s director of operations. In 2019, she assumed Tony Johnson’s former position as Cedar Fair’s corporate director of operations, and now, she succeeds Johnson again as she leads Kings Dominion into a new era of the park's history.
Last edited: Jan 9, 2021
Reactions: michaeelaln, netdvn, Pat and 5 others
You must log in or register to reply here.
Share:
Facebook Twitter Reddit Email Share Link
Consider Donating to Hide This Ad